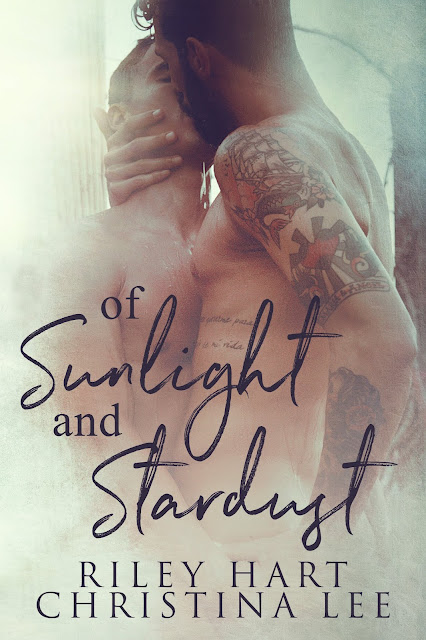 About Of Sunlight and Stardust
After the death of his wife, Tanner Rowe takes a step toward making her dream come true and buys the house with the dilapidated barn she’d been inexplicably drawn to in the picturesque Upper Peninsula. But after a year, he still can’t get past his grief long enough to make the repairs he’d promised.

Recently out of prison, Cole Lachlan has little to his name. Homeless, broke, and without many options as a felon, Cole heads to Red Bluff with hopes of a second chance. There, he meets Tanner, whose loneliness mirrors his own and soon, Cole is trading room and board for rebuilding the burned-out barn on Tanner’s property that hasn’t been touched in seventy years.

Turns out, the barn holds a lot more secrets than either of them could have imagined. After unearthing a hidden journal from 1948, Cole and Tanner spend their evenings poring through the pages and reading about a young man pining after his best friend. As they delve deeper into this forbidden affair from the past, the more Cole and Tanner’s own relationship shifts—from acquaintance to friend…to undeniable attraction.

But as they begin to deal with the newness of falling in love amid Cole’s past and Tanner’s loss, they also become more determined to unravel the mystery of the young lovers who’ve captured their hearts, the rumors about the fire, and what really happened that fateful night.

Add Of Sunlight and Stardust on Goodreads.

Riley Hart is the girl who wears her heart on her sleeve. She's a hopeless romantic. A lover of sexy stories, passionate men, and writing about all the trouble they can get into together. If she's not writing, you'll probably find her reading. Riley lives in California with her awesome family, who she is thankful for everyday.

Riley loves hearing from readers. You can contact her at rileyhartwrites@yahoo.com.