Release Blitz: To Whom It May Concern by A.M. Johnson 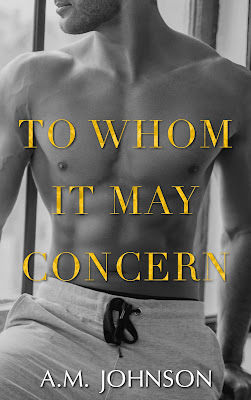 To Whom It May Concern
(For Him #3.5)
by A.M. Johnson
Release Date: February 17, 2022
About To Whom It May Concern
To whom it may concern,
I can't be sure what you're into, that being said, if you like sexy and sweet romance with a whole lot of quirk, keep reading...
Ever since Clay Saxon's parents passed away a year ago, he's been stuck in a rut, running their business, and suffering from the worst writer's block ever. But when Syrus Albie, aka yellow sweater guy (you'll see), walks into The End Book Store, Clay's mundane little world turns to sunshine.
I don't want to ruin it, but I can definitely say, when an introverted as hell narrator finally meets his favorite author and crush, all of his usual protocols go up in flames.
Set in the For Him world, this standalone is the perfect introduction or addition to this steamy MM collection.
Sincerely yours,
A.M. JOHNSON 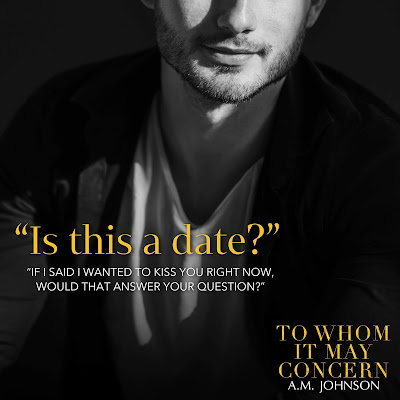 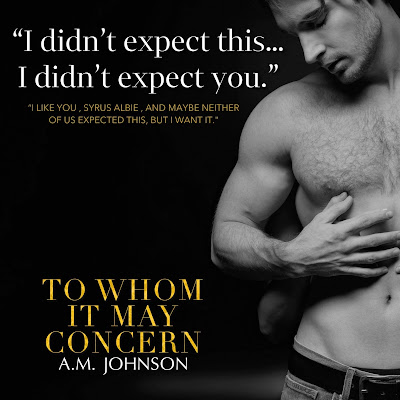 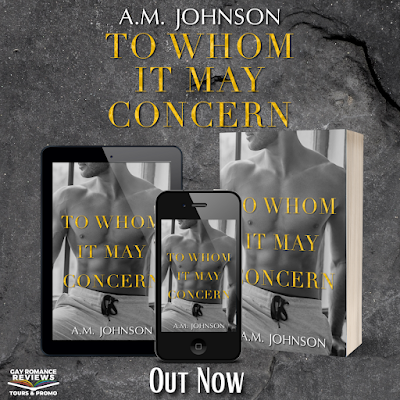 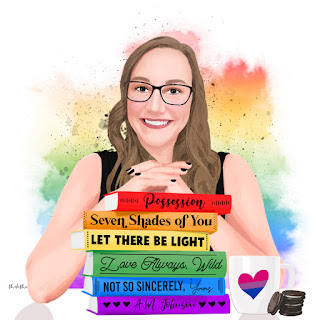 Amanda is an award-winning and best-selling author of LGBTQIA and contemporary romance and fiction. She lives in New Hampshire with her family where she moonlights as a nurse on the weekends and hikes as much as possible.
If she’s not busy with her kiddos, you’ll find her buried in a book or behind the keyboard where she explores the human experience through the written word, exploring all spectrums and genres.
She's obsessed with all things Hockey, Austen, and Oreos, and loves to connect with readers!
Connect with A.M. Johnson
Website | Facebook | Facebook Group | Twitter | Goodreads | BookBub | Amazon | Newsletter 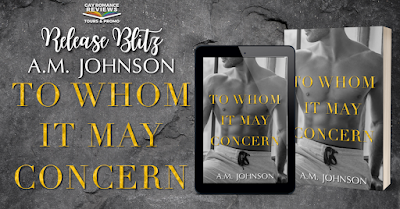