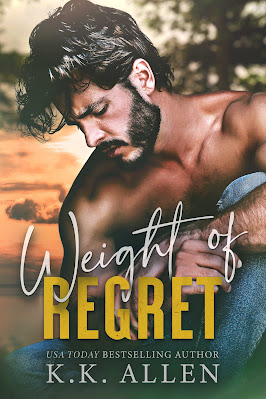 Weight of Regret
(Camp Bexley #1)
by K.K. Allen
Release Date: February 24, 2022
February 22, 2022 (early release)
About Weight of Regret
“Unrequited love doesn’t give back. It’s an addiction. A trap. And the deeper you fall, the harder it is to climb out of.”
Anderson Bexley was the love of my life… or so I thought.
For years, I convinced myself that one day he would see me as more than the bubbly activities director at his family’s campground.
Sure, he was ten years older.
Deeply tortured.
And far too devoted to the family business to make time for his own happiness.
But none of that mattered. Especially during that one blissful night when he was all mine.
I thought our forever had finally begun, but he broke my heart instead.
A year later, I’m moving on.
In a new city.
At a new job.
With a new man.
Add in a promotion that lands me my first big account, and things can’t possibly get better.
Until I hear my first client is none other than Anderson Bexley...
Now, I’m heading back to a place I had once called home.
Back to Camp Bexley.
Back to him.
Only this time, I’m determined to walk away on my own terms… with my heart intact. 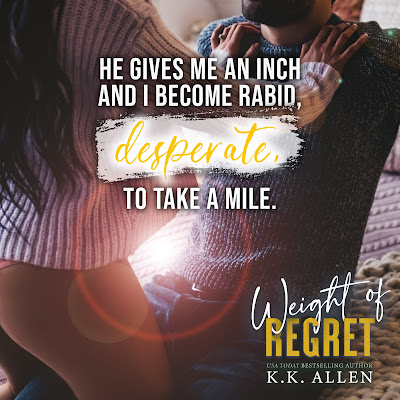 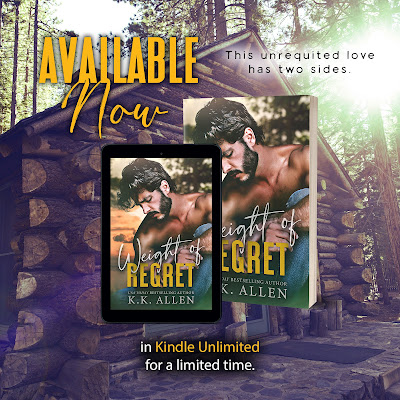 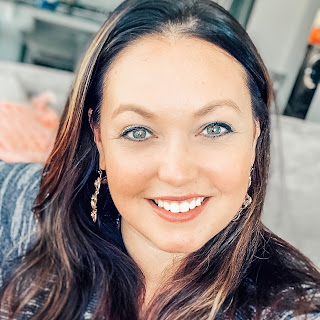 K.K. Allen is the USA Today bestselling and award-winning contemporary romance author of sweet, sexy, and inspiring stories that evoke emotion at every turn.
K.K.'s debut romance novel, Up in the Treehouse, was named the Best New Adult Book of the Year by RT Book Reviews, an honor beyond belief. And she continues to take reader’s emotions on an epic ride every single time with real, layered, coming of age romance stories that will make you fall in love over and over again.
Born in Hawaii, raised in Washington, and currently residing in Florida, K.K. lives for laughs with her little dude, the great outdoors, watching football, dancing the night away, and her eclectic taste in music.
K.K. also loves connecting with her readers and attends signings when she can!
Connect with K.K. Allen
Website | Facebook | Instagram | Goodreads | Amazon | Newsletter