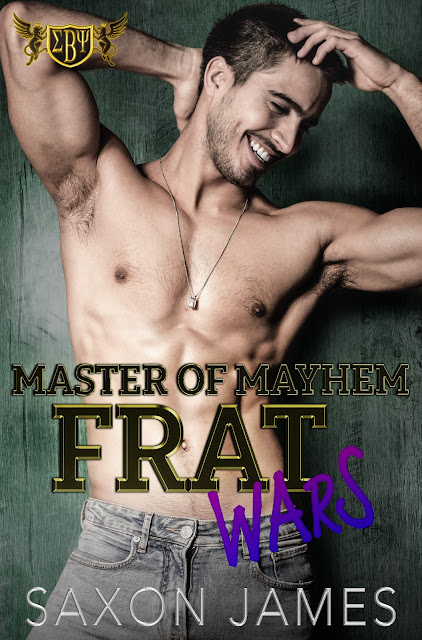 About Frat Wars: Master of Mayhem
Bro big or bro home.
Robbie
As social chair of Sigma Beta Psi, I’m the life of the party. It’s what I’m known for, and if it’s not fun, I’m not interested, simple as that.
I’m not someone who overthinks.
So when one of my brothers hooks up with a dude from another frat house, it catches me off guard when I can’t stop thinking about them … together.
There’s only one way for me to get this obsession out of my head and that’s by jumping in with both feet and putting it into practice.
The problem is, the one guy who’s up for the ride, is the last one I’d expect.
Brandon
At Rho Kappa Tau, I’m a legacy.
Being risk manager of a frat house is nobody’s idea of a good time. My brothers get annoyed when I put a damper on their plans, and wrangling drunken frat brothers isn’t how I pictured my Saturday nights of senior year.
I’m bored.
In a rut.
Study, frat duties, planning for the future.
When is it my turn to let loose for a moment?
So when my dumb-as-bricks frat bro is scoping out the house for a little experimenting fun, I throw out the offer like it isn’t the most nerve-wracking thing I’ve ever considered.
I never imagined I’d actually enjoy it. 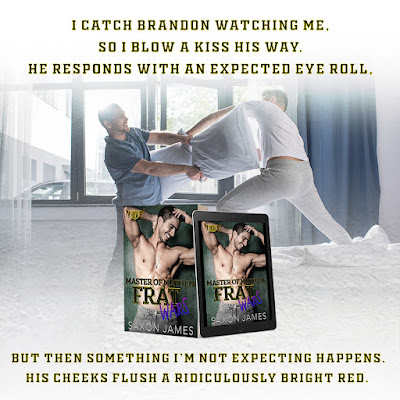 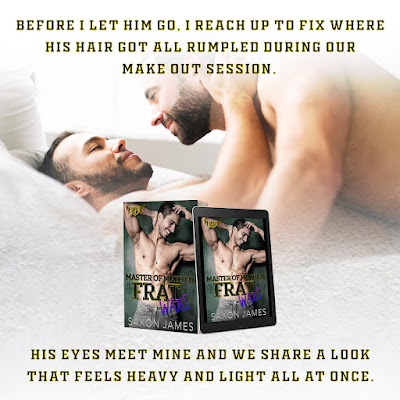 An Excerpt from Frat Wars: King of Thieves
Brandon wants to keep the experimenting just between us, and I can't say I hate the idea, but I'm struggling to agree.
It’s not that I don’t want to answer him; it’s the how that’s the problem. I won’t walk away from this thing, so I’m gonna say yes, but how do we work out a time frame on it? Cross off his imaginary list and then move on? Butt sex, then bail? Get a five-star rating on our BJ skills?
We’re gonna have to talk and shit.
I always tell my bros that open communication is key, and look at me not taking my own advice. It’s different when it’s your brother and not a chick though. Girls come and go, brotherhood is forever.
Look who’s pulling up his big-boy panties and asking his bro to go exclusive with him.
Is it hot in here?
The house is full when I get there. Constant energy and noise wraps around me like a sweaty football jersey, and just like when I take the field for a game, I’m hit with a surge of love for my life.
Does this get any better? I’m gonna go with a no.
And instead of viewing this thing with Brandon as a scary unknown, I need to jump in like I do with everything else. Trading mind-blowing orgasms should only ever be viewed as a good thing—I’ll put it in the Sigma rule book if I have to—so no more holding back.
I catch him on the way to the war room—literally. The second he goes to walk by, I hook my arm around his waist and pull him into the empty laundry.
“What are you—”
I cut him off with my mouth. As we kiss, I back him into the wall, crowding him up against it and bending my knees so he doesn’t hurt his neck. Fuck, I’ve missed his mouth.
I keep waiting for this feeling to dull, for the way he kisses to stop making my head spin, to be able to look at him without wanting to do filthy things to his body. But it’s not all physical either. I like Brandon. As a friend, as a person, as a sexy little nurse.
His mouth breaks from mine, and his puffy lips make me groan.
“What …” He swallows. “I mean, hey.”
“Hey.” I grip his jaw and pull his mouth open before kissing him again. And he must get as lost in it as I do because his arms wrap around my neck, and he pulls me tight against him. Our cocks line up with delicious friction, but for once, I’m not in a hurry to move things along. I wanna kiss, and touch, and worship this sexy guy with everything I have to give him.
“Shit!” He jerks away from me but doesn’t get far. “The meeting.”
“They won’t start without us.” I pull his earlobe between my teeth.
“No, you idiot.” Brandon pushes my chest and I back up but don’t let him go. “They’re going to take one look at us and know we were kissing.”
“And?”
He freezes.
Pulls back to study my face.
“Seriously?”
I shrug. “Does it matter? They’re not going to judge us for liking some D.”
“No, but they might judge us for liking each other’s. You really want to deal with all the dumbass jokes and constant ribbing?”
“True. But then we wouldn’t have to sneak around anymore. We can hook up whenever we like. Be as loud as we want.”
Brandon rubs his thumb over my bottom lip. “I dunno, dude. I’m kinda looking forward to gagging you.”
“Someone’s kinky.”
“Someone’s looking for a way to finally shut you up.”
I kiss him again. A quick one. Just because. Then I put on a cheesy porn voice. “Baby, I’m gonna make all your fantasies come true.”
He laughs and shoulder checks me as he passes. “Let’s get this meeting out of the way. I kinda hate that you gave me a hard-on before we got started.”
He’s about to leave when I remember what I was supposed to talk to him about. My fingers circle his wrist.
“I wanna do it.”
“What?”
“Just us.”
Brandon stares at me for a moment, like he’s sorting through our options and weighing up whether it’s what he wants. I have a whole second anxiety spike thinking he’s about to change his mind, when his face splits into a smile. “Yeah?”
I point to my dick. “The dragon likes you. Who am I to argue?”
“Thank fuck one of you has good taste.”
Before I let him go, I reach up to fix where his hair got all rumpled during our make-out session. His eyes meet mine, and we share a look that feels heavy and light all at once.
“Ah, thanks …” he says.
“Got your back, bro.” I let him go.
And don’t mention the epic stubble scrape blooming around his mouth.
Oops. 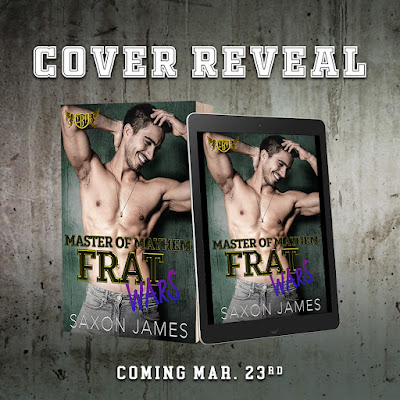 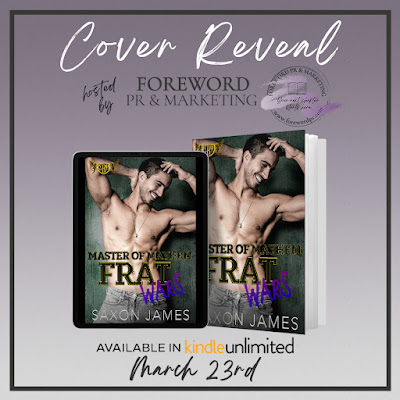