Release Blast: Up in Smoke by Kate Meader 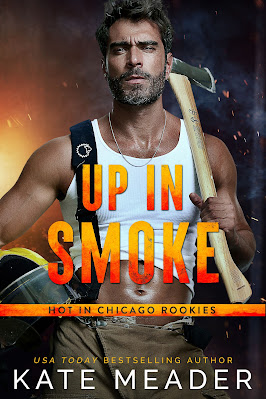 Up in Smoke
(Hot in Chicago Rookies #1)
by Kate Meader
Release Date: February 22, 2022
About Up in Smoke
Lives are on the line at Engine 6 … and so are hearts.
Newly-minted firefighter Abby Sullivan is exactly where she wants to be: Chicago Fire Department’s Engine 6, the station where her mom blazed a trail as one of the first female firefighters in the city. The first to fall in the line of duty, too. All Abby wants is to succeed, but that’s a tough proposition when people only see a feel-good story, a token woman failing at a man’s job, or the princess in need of protection. And the man tasked with watching her six?
Lieutenant Roman Rossi, the one person she can’t let close.
Having the daughter of his boss and nemesis under his wing shouldn’t be a problem for Roman—he’s a professional and can treat her like any other firefighter rookie. Except she happens to be the gorgeous woman he once shared a slice of cherry pie with, followed by the hottest, sweetest, most pulse-pounding kiss of his life. He didn’t know her name but he had planned to find out.
Now Roman knows exactly who Abby is: a threat to his self-control more dangerous than a five-alarm blaze. Lust has no place in the firehouse, and a distraction like Abby with her electric blue eyes, waves of flame-red hair, and freckles Roman wants to map with his tongue, is one he can ill afford.
Because one wrong move … and it could all go up in smoke.
Up in Smoke is the first in the brand new Hot in Chicago Rookies series about firefighters navigating the trials of new jobs and sizzling romances as they find their place in the world and the love of a lifetime. 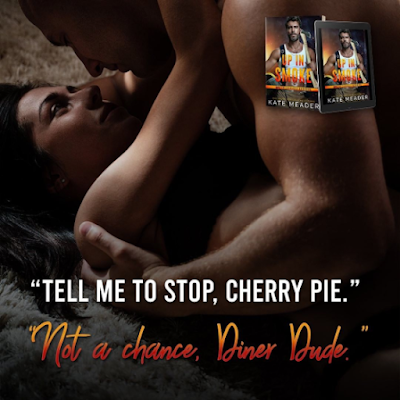 Read my 4.5-starred review of Up in Smoke.
Add Up in Smoke on Goodreads.
Purchase Links
Amazon | Apple Books | B&N | Kobo 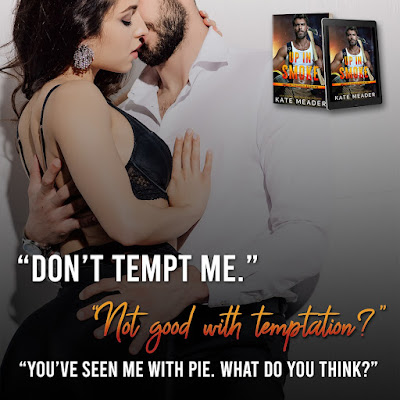 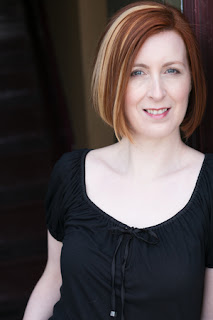 Originally from Ireland, USA Today bestselling author Kate Meader cut her romance reader teeth on Maeve Binchy and Jilly Cooper novels, with some Harlequins thrown in for variety. Give her tales about brooding mill owners, oversexed equestrians, and men who can rock an apron, fire hose, or hockey stick, and she’s there.
Now based in Chicago, she writes sexy contemporary romance featuring strong heroes and amazing women and men who match their guys quip for quip.
Connect with Kate
Website | Facebook | Facebook Group | Twitter | Instagram | Goodreads | BookBub | Newsletter 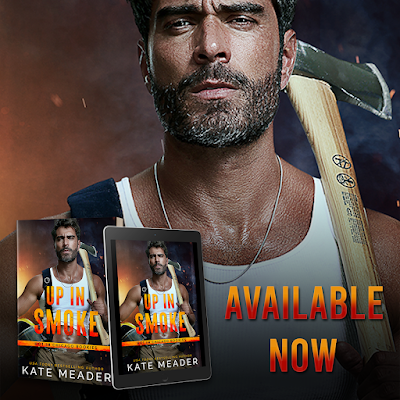