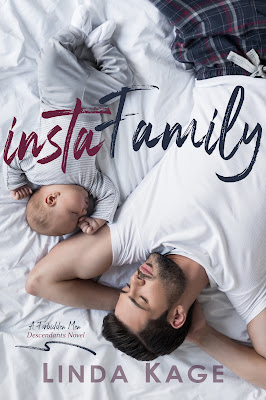 Insta-Family
(Forbidden Men Descendants #3)
by Linda Kage
Release Date: December 29, 2021
About Insta-Family
Lucy Gamble, Knocked Up by Dying Man She Gave Sympathy Sex, Now Moving on to His Big Brother.
Have you ever tried to come up with a headline for your life? Well, mine’s so cringe-worthy I can’t believe it’s actually my story...or a hundred percent true.
But honestly, how could I say no to the one-night-stand when he begged? Only a monster could deny someone their dying wish, right?
I mean, okay, getting pregnant from the encounter was a regrettable, irresponsible mistake; I can fully admit that.
Turning to his brother, however, was never part of the plan. Initially, I didn’t even like the guy.
Except Vaughn Merrill is a force to be reckoned with. He’s determined to be an “involved” uncle, and no matter how much I tell him he doesn’t have to be so helpful, he’s just so freaking helpful.
And gorgeous.
Plus not at all the ass I assumed he was. Then there’s this massive pain and grief and loneliness I see in his eyes. I just want to hug him constantly and give him the sense of family he so desperately needs.
So really, can you blame me for falling for the one man I know I shouldn’t? 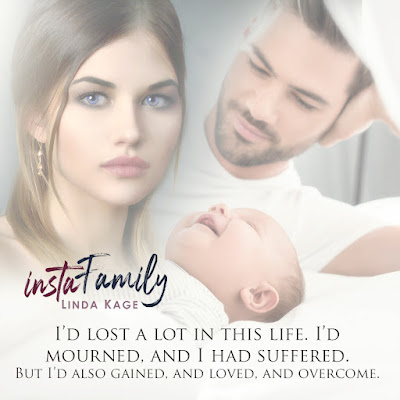 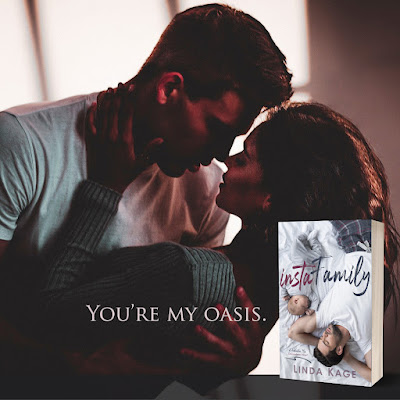 An Excerpt from Insta-Family
My brother and his wife, Bentley, were with me, my first visitors of the day. Bentley had immediately stolen my child and was sitting with her in the rocking chair, cooing happily, and Beau was hovering around my breakfast tray that had just been delivered. Apparently, Bentley had rushed him from home to drop Braiden off with her parents and get here before he could eat, so he was hungrily eyeing all my food when a tap came on the door.
“Come in,” Beau called over his shoulder as if it were his room, not mine, and he reached for a stalk of celery in my veggie cup.
I smacked his hand and glowered. “Really?”
“What? You don’t even like celery.” And he rebelliously dipped it into my ranch dressing before popping it into his mouth.
Behind him, the door opened, and a nurse poked her head inside. “You have a visitor. He says he’s the baby’s uncle.”
“Huh?” Beau whirled around with his mouth full. “No, I’m the baby’s uncle.”
He marched toward the door indignantly and yanked it all the way open to reveal part of the man who was standing behind the nurse.
“Who the hell are you?”
“I’m, uh...Vaughn Merrill.”
My pulse zinged when I heard his familiar voice, but that was probably just because my system was preparing for my blood pressure to skyrocket with anger as it always did in Vaughn’s presence.
“Merrill?” Beau repeated. “You the dead guy’s brother, then?”
“Beau!” I hissed. But, oh my God, how had I been related to this inconsiderate buffoon my entire life? Although, you know, his influence on me was probably the reason I accidentally had my own inconsiderate moments more often than I wanted to.
He glanced at me with a shrug. “Want me to let him in?”
Did I? I kind of dreaded going another round with Vaughn; I was still worn out from giving birth less than twenty-four hours before. But he was Ava’s uncle. It’d feel rude to turn him away. Besides, I was curious to know why he was here, to begin with. I hadn’t seen hide nor hair of him since I’d asked for a picture of Duke. And oddly, I was sort of eager for the strange dopamine hit of enraged vitality that rushed through me whenever I was in his presence.
Lifting a hand, I waved my assent to Beau. “I mean, yeah. Whatever. He’s her family.”
The nurse, then Beau, stepped aside, and I got my first full view of Vaughn in months. 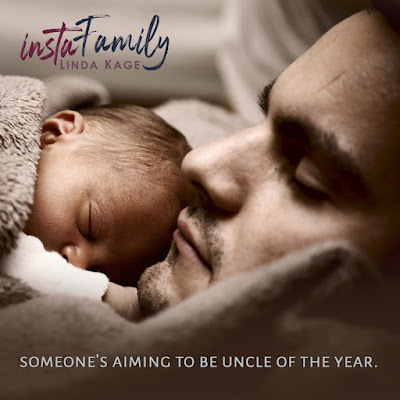 About Linda Kage
Linda Kage writes romance fiction from YA to adult, contemporary to fantasy. Most Kage stories lean more toward the lighter, sillier side with a couple of meaningful moments thrown in. Focuses more on entertainment value and emotional impact. She likes the drama and crazy, over-the-top plots that make you cry, then laugh, get mad then sigh happily. Most stories are explicit but a few are sex-free. No dark or taboo topics, but many are not safe stories either.
Published since 2010. Went through a 2-year writing correspondence class in children's literature from The Institute of Children's Literature. Got an Associates of Arts degree from Allen County Community College in Iola, Kansas. Then graduated with a Bachelors in Arts, English with an emphasis in creative fiction writing from Pittsburg State Univerity. Now working on a Masters in Library Science through Emporia State University.
She lives with her husband, Kurt, two daughters, Lydia and Sadie, cat Holly, and nine cuckoo clocks in southeast Kansas, USA. Farmgirl. Parents were dairy farmers. Was the youngest of eight. Big family. Day job as a cataloging library assistant.
Connect with Linda
Website | Facebook | Twitter | Instagram | Goodreads