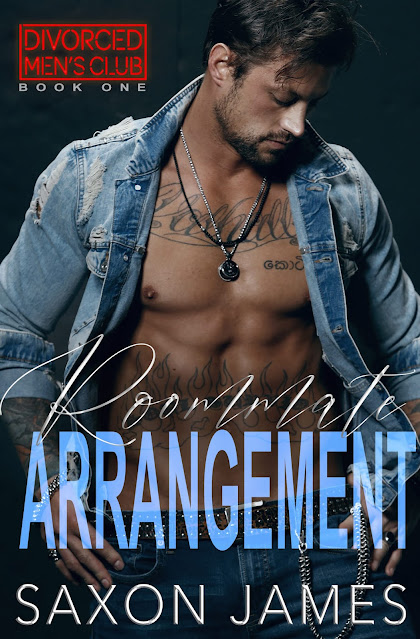 About Roommate Arrangement
Payne
In search of: room to rent
Must ignore the patheticness of a forty-year-old roommate.
Preferably dirt cheap as funds are tight (nonexistent).
There’s nothing sadder than moving back to my hometown newly divorced, homeless, and lost for what my next move is.
When my little brother’s best friend offers me a place to stay in exchange for menial duties, I swallow my pride and jump at the offer.
I need this.
I also need Beau to wear a shirt. And ditch the gray sweatpants. And not leave his door ajar when he’s in compromising positions...
Beau
In search of: roommate
Must be non-smoker and non-douchebag.
Room payment to be made in meal planning, repairs, and dumb jokes.
Since my career took off, I barely have time to breathe, let alone keep my life in order. I’m naturally chaotic, make terrible decisions, and scare off potential dates with my “weirdness”.
So when Payne gets back into town and needs somewhere to stay, I offer him my spare room with one condition: while he’s staying with me, I need him to help me become date-able.
And while he does that, I can focus on my other plan: ignoring that Payne is the only man I’ve ever wanted to date. 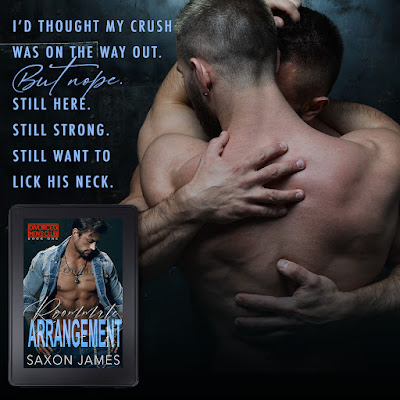 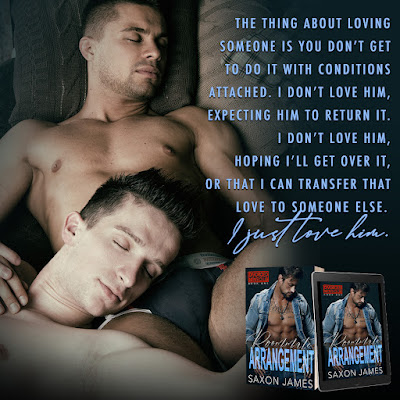 An Excerpt from Roommate Arrangement
Well, that was the last thing I expected to see when I walked through the door.
And I can’t say I hated it.
The sight of Beau sprawled out across his couch hit me with a sack of lust so hard I feel like I have a concussion. It has to be the only damn reason I stood there ogling him like a creep. All I know is it took herculean effort to turn away, and then he’d said that one word, husky and deep and so fucking turned on it made it impossible to argue with. When he asked me to stay, my self-control snapped. There was no walking away.
There was no closing my eyes.
I stood there and took in every expression that crossed his face as he gave himself what looked like the greatest hand job in history.
Damn I wanted in on it.
There’s no doubt if Beau wasn’t the person standing between me and being back on the couch at Marty’s, if he wasn’t my little brother’s best friend, if he wasn’t someone I legitimately like and want to be friends with, I would have closed the distance between us and had my way with him.
God fucking damn that was one sexy show.
In my defense, it’s been a long time since I’ve had anything resembling decent sex, and after what that fucker did, I thought it would take me a while to ease back into that side of my life.
But apparently, nope.
All it took was Beau with his cock in his hand, and I’m already ready to get back out there.
Specifically, out there. In the living room. With my cock in Beau’s mouth.
I go to bed, determined to ignore my dick’s need to jerk off to what I saw. No need for things to get even more mixed up in my head than they already are, and I know if I touch myself, it’ll be Beau’s dick I’m thinking about.
That long, pale, mouthwatering dick …
No! Nope.
I roll onto my side and deny myself anything even close to friction. All I need is to sleep it off, then tomorrow, everything will be back to normal.
Except next morning, there’s nothing normal about the way Beau’s entire face flushes when he sees me.
And if I needed anything to break the tension, it’s the mortified expression he’s wearing.
I crack up laughing.
“Guess we’re not pretending it didn’t happen, then,” he says.
“Bit hard to forget.”
He scowls.
I poke his shoulder on my way to the toaster. “You’re bright red. Feeling hot?”
“Here I was thinking I’d have to apologize.”
“Apologize?” I snort. “For what? Giving me an eyeful of the goods?”
“Making things … weird.”
“Oh, come on. I’d be a jerk to get weird over that.”
“Payne …”
I slide my bread into the toaster. “It’s fine. Really.” If he’s ignoring the way I got hard over watching him, I can ignore the way he … fuck. It’s going to take some time to get his O face out of my mind.
“You don’t … you’re not feeling awkward?”
I shrug. “Who hasn’t been caught by their roommate while jerking off?” I know that isn’t the awkward part he was referring to, but I’m set on forgetting about it. Apparently, Beau is too, and who could blame him? He might have asked me to stay in the heat of the moment, but no one wants their friend’s brother eye-fucking them. Talk about creepy.
“I can’t say I make a habit of it,” he says.
“Different strokes.”
“You can stop now.” He pins me with a dry look.
I laugh. “Maybe I shouldn’t say this, but if you weren’t, you know, you, and I wasn’t me, that would have been hot as hell to come home to. I’m surprised no guy has locked all that up already.”
“The thing about finding someone is you have to actually leave the house.”
“Good point.” My toast pops up, and I cover it in peanut butter. “Why don’t you come out with me today?”
His stare immediately flicks to his desk, and I hold back a chuckle. He has to be the biggest workaholic I know. “Where are you going?”
“Not sure yet. Out. The place has changed a lot since I lived here last, so I thought I’d get reacquainted with it.”
He cringes as his eyes stray back to his desk.
“Let me rephrase. Are you planning on working on your book today or something else?”
“Ah …”
“That’s my answer. Go get dressed.”
“You don’t understand. I have to follow my muse.”
“Oh yeah?” I give him a blank look. “Was it also your muse that told you to get your cock out last night?”
His eyes widen. “You couldn’t pretend to let me forget, could you?”
“Nope.” I spin him around, then slap him on the ass for good measure. “Get dressed. You’re coming with me.” 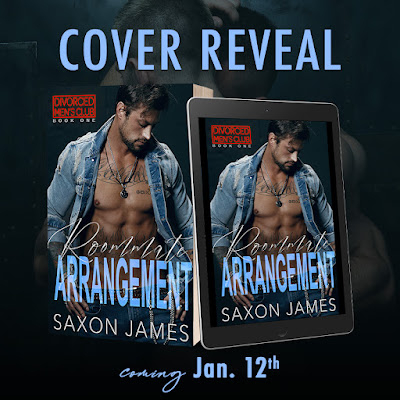 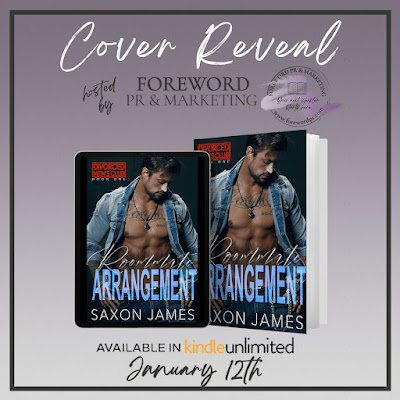