Book Spotlight: The Secret of Snow by Viola Shipman 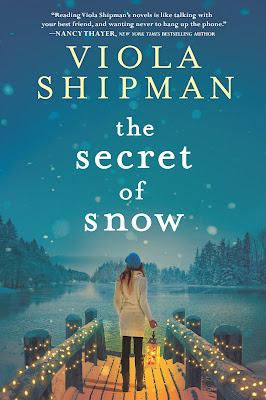 The Secret of Snow
by Viola Shipman
Date Released: October 26, 2021
Graydon House Books
About The Secret of Snow
When Sonny Dunes, a So-Cal meteorologist who knows only sunshine and 72-degree days, has an on-air meltdown after she learns she’s being replaced by an AI meteorologist (which the youthful station manager reasons "will never age, gain weight or renegotiate its contract."), the only station willing to give a 50-year-old another shot is one in a famously non-tropical place—her northern Michigan hometown.
Unearthing her carefully laid California roots, Sonny returns home and reaclimates to the painfully long, dark winters dominated by a Michigan phenomenon known as lake-effect snow. But beyond the complete physical shock to her system, she's also forced to confront her past: her new boss is a former journalism classmate and mortal frenemy and, more keenly, the death of a younger sister who loved the snow, and the mother who caused Sonny to leave.
To distract herself from the unwelcome memories, Sonny decides to throw herself headfirst (and often disastrously) into all things winter to woo viewers and reclaim her success: sledding, ice-fishing, skiing, and winter festivals, culminating with the town’s famed Winter Ice Sculpture Contest, all run by a widowed father and Chamber director whose honesty and genuine love of Michigan, winter and Sonny just might thaw her heart and restart her life in a way she never could have predicted. 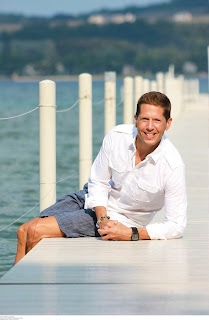 Viola Shipman is the pen name for Wade Rouse, a popular, award-winning memoirist. Rouse chose his grandmother's name, Viola Shipman, to honor the woman whose heirlooms and family stories inspire his writing. Rouse is the author of The Summer Cottage, as well as The Charm Bracelet and The Hope Chest which have been translated into more than a dozen languages and become international bestsellers.
He lives in Saugatuck, Michigan and Palm Springs, California, and has written for People, Coastal Living, Good Housekeeping, and Taste of Home, along with other publications, and is a contributor to All Things Considered.
Connect with Viola
Website | Facebook | Twitter | Instagram | Goodreads