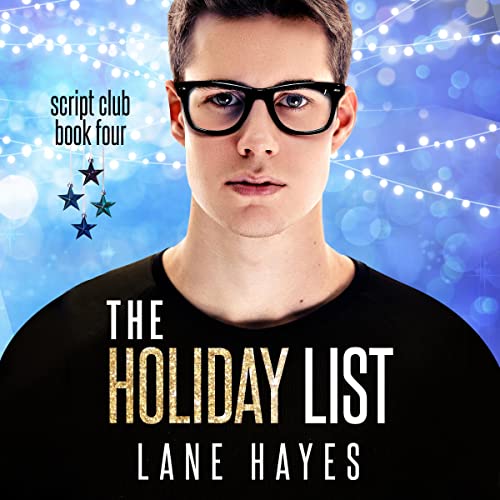 The Holiday List
(Script Club #4)
by Lane Hayes
narrated by Alexander Cendese
Date Released: December 10, 2021
About The Holiday List
The Mars maestro, the single dad, and a wish list...
Chet
Boy, am I lucky! Finding a living situation with a houseful of passionate scientists just before the holidays is ideal in every possible way. As the newest member of the Script Club, I feel it’s important to step up and tackle the to-do list my friends would prefer to avoid. Item one: Address the tutoring request from the neighborhood-hottie-slash-single-dad on the next block. I’ve got this!
Or do I?
Handsome, older, sporty gentlemen intimidate me. And Mr. McSwoony doesn’t like the holidays. This may be a daunting task.
Sam
What do you do when a new neighbor shows up on your doorstep with cookies and a wacky plan to spread holiday cheer? I don’t need cheer, but I could use help with some of the experiments my son wants to try. I know football, not science. Hopefully, I can talk Chet into a mutually beneficial trade. The only snag is that I’m seriously attracted to my local Mars expert. He’s unintentionally charming…in the very best way.
Don’t quote me, but maybe this holiday elf with thick glasses and a mile-long list might be exactly what I need.
The Holiday List is an MM bisexual, geek/jock romance with a holiday twist featuring a lovable scientist and a single dad who’s probably on the naughty list! 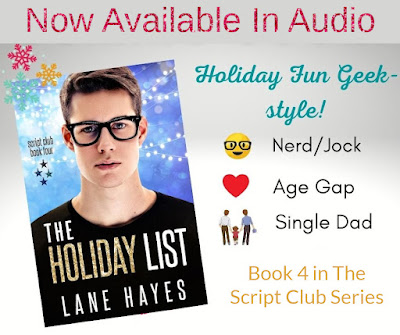