Release Blitz: A Handful of Joy by Pat Henshaw 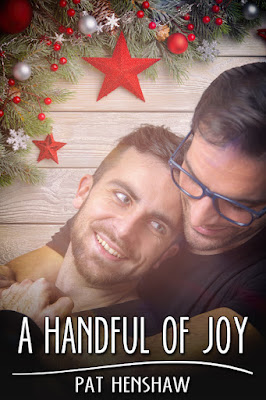 A Handful of Joy
by Pat Henshaw
Date Released: December 1, 2021
JMS Books
About A Handful of Joy
When does never turn into happily ever after in the search for love?
Top accountant of Manzanita Imports in Sacramento, Ted Abbott stopped participating in the love game after he turned thirty quite a few years ago. He’s not tempted by the cute young new hires or the product reps his loyal staff suggest he ask out on a date.
Chicago contractor Matt Patterson is on the verge of giving up too. He’s worked his way up from apprentice carpenter to co-owner of a thriving business. At forty-something, he’s considered a lucky catch for anybody looking for a sugar daddy, which he knows only too well.
The chance of them meeting is nil until Matt’s uncle who lived in Sacramento dies and leaves his estate to his nephew.
After they meet in a dilapidated bar called The Roost, could their paths actually merge and become one? 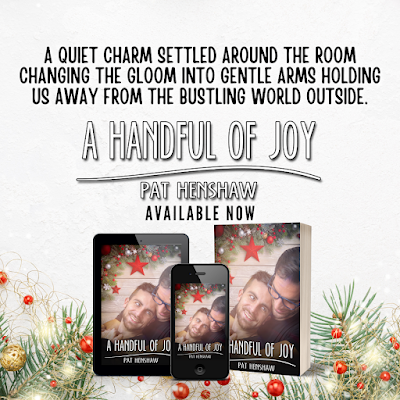 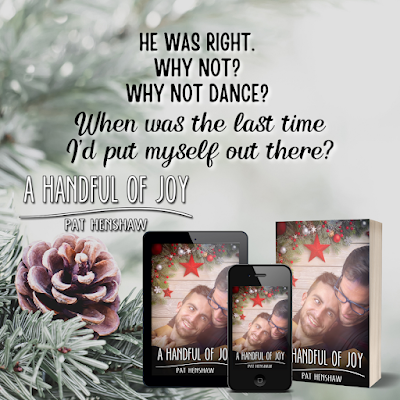 An Excerpt from A Handful of Joy
“Where to next?” I asked Matt after shooting off a text to Josie.
“Somewhere I can think.” He turned and looked at me. “Thank you for the assist back there. It takes me a minute when something unexpected happens. A lot of people call me slow and others call me plain old stupid.”
He shook his head.
“A few of my friends at work call me ‘Give-me-a-minute-Matt’. I gotta step back and assess the situation and go over all my options before I come to a decision.” His mouth turned up in a rueful grimace. “Often people get annoyed when I do it.”
Not me. I was impressed. I liked a guy who took his time and didn’t just blunder ahead like his first thought always had to be the best. Careful thought beat impetuous action as far as I was concerned.
“Okay. All right.” I couldn’t leave it at that, though. “You didn’t hesitate the other night. Seemed pretty quick and direct to me. I was surprised.”
It took him a second, but he smiled a dreamy kind of grin.
“Yeah. The dance. The kiss.” He winked at me. “Not typical, so don’t get used to it.”
While we laughed softly together, I realized the easing of tension after our visit to Calvin was just what we needed.
“So, beef, chicken, fish, or other?” I asked.
“I don’t care as long as it’s somewhere quiet and we can talk without getting interrupted.”
His request wasn’t as impossible as it sounded. I took him to my favorite noontime Sudoku and tea spot, a tiny café I’d dubbed The Café That Time Forgot.
When it was built six generations back, Grumpy Gramp’s had been situated on one of the up-and-coming arterials in and out of San Francisco. Then highways had been built, with freeways not long afterward, followed by Interstate 80. The arterial receded into being a rural road, and instead of blossoming into the first of a flourishing chain of roadside cafés, Grumps, as it was affectionately called around here, became an anomaly, a family owned and operated East Bay institution.
Matt glanced at the sign over the brick building and laughed.
“Why’s he grumpy?”
“The café’s claim to fame is locally sourced ingredients for its soups, salads, sandwiches, and pastries. The story goes that back in the early 1900s when Gramps built the café on the edge of the fields, he always helped the workers pick the produce. One day a farmer brought in a box of greens and vegetables he’d picked the night before, so they weren’t in the best shape in the morning. Grampa reamed him out, calling the guy a ‘limp asparagus’. Everyone in the café at the time thought it was hilarious. They said the place’s name should be changed. Gramma wasn’t amused but said from now on her café would be called Grumpy Grampa, not Limp Asparagus. The name stuck.”
Matt was full-out belly laughing.
“Oh, God. The image. Limp asparagus.”
“Yeah, I know. Not a place where any self-respecting man would want to eat. Ever.” 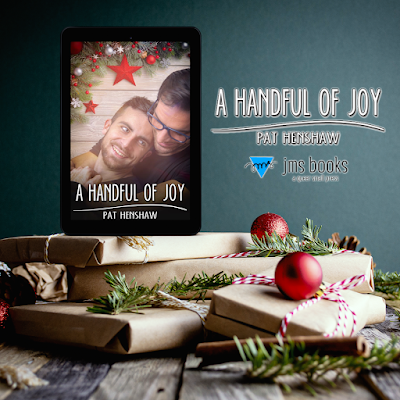 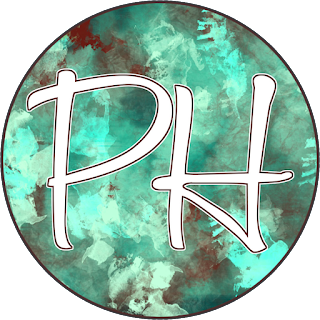 Pat Henshaw, born and raised in Nebraska, has lived on the U S’s three coasts, in Texas, Virginia, and now California. Before she retired, she held a number of jobs, including theatrical costumer, newspaper features reporter and movie reviewer, librarian, junior college English instructor, and publicist. She also loves to travel and has visited Canada, Mexico, Europe, Egypt, and Central America as well as almost all fifty US states.
Now retired, she enjoys reading and writing as well as visiting her older daughter, son-in-law, and grandchildren on the East Coast and playing havoc with her younger daughter’s life in NorCal. She thanks you for reading her books and wants you to remember that every day is a good day for romance.
For more information, please visit pathenshaw.com.
Connect with Pat
Website | Facebook | Twitter | Instagram | Pinterest | TikTok | Goodreads 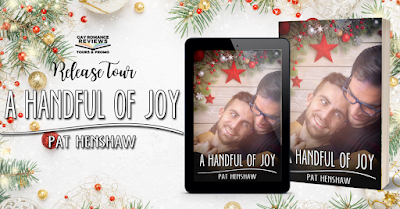