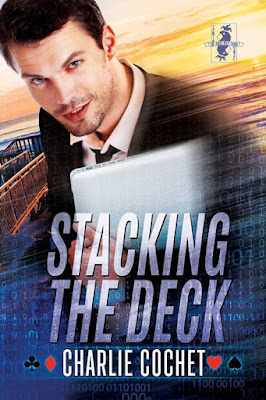 About Stacking the Deck
Ex-Special Forces Communications Sergeant Jacopo “Jack” Constantino heads the cybersecurity department at Four Kings Security, working with his tech-savvy team to provide clients with state-of-the-art security systems. But life for Jack is pretty uneventful—despite the exploits with his brothers-in-arms—and he finds himself longing for a little more excitement.

Be careful what you wish for.

Two years ago, Fitz Harlow captured Jack’s heart and walked away with it. Now he’s back.

Fitz spent the last two years picking up the pieces of his life after a disastrous relationship. After much therapy, and ice cream, Fitz leaves the fashion world behind and returns home to St. Augustine to open his own high-end salon, Hair Comes Trouble. Now Fitz finally has the quiet, peaceful life he’s wanted for so long. There’s only one thing missing, or rather, one man missing, but Fitz has his doubts. With Jack, he’s not just gaining a boyfriend—he’s gaining a boyfriend, his family of mischief-magnet ex-Green Berets, and one highly opinionated Belgian Malinois.

Fitz and Jack discover their connection has only grown stronger over time, thanks in part to meddling friends, but just as they start to pick up where they left off, someone takes exception to their reunion. Danger hides in the shadows, a stalker determined to keep Fitz out of Jack’s life, no matter the cost. With the odds stacked against them, can Jack and Fitz win a battle against an unknown enemy, or will Jack lose Fitz forever?

The Kings: Wild Cards series is a spin-off of the Four Kings Security series. 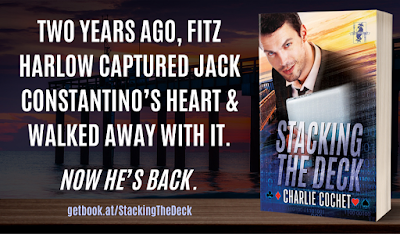 Read my four-starred review of Stacking the Deck.

Add Stacking the Deck on Goodreads. 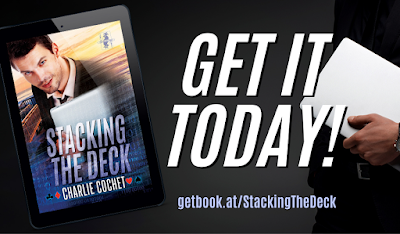 An Excerpt from Stacking the Deck
Oh God. Jack covered his face with his hands. Just what he didn’t need.

“What is it?” Ace asked, no doubt peeking over Joker’s shoulder, because although Joker was nosy, no one beat him in the meddling department like Ace. Anston Sharpe was worse than the granny living next door who knew more about you than your family did.

Jack ignored the smile in Joker’s voice. He moved his hands and sighed. The two were grinning like idiots.

“It’s nothing. Just a reminder about my upcoming hair appointment.” Why the hell had he agreed to get his hair cut at Hair Comes Trouble? Right, because Fitz’s best friend, Laz, had given Jack the puppy eyes and Jack was too much of a sucker to say no. Sometimes friends sucked.

“There’s a kissy-face emoji after it, though,” Ace pointed out.

“I’m sure he adds that to all his texts.”

“No, he doesn’t,” Ace said, removing his phone from his pocket. He tapped away at it before showing Jack his text from Fitz. “My emoji is looking at me with suspicion. Like, what is that? Why do I get the suspicion emoji? Is he expecting me to make off with his hair dryer? Give him a bad review on Yelp? Why do you get a kissy face and I get apprehension?”

“Because you’re shady as fuck,” Joker said with a snort.

“Screw you. What emoji did you get?”

“I got a happy face and a little service dog emoji for Chip.”

“What the hell? I mean, Chip I get. Everyone loves him, but why do you get a happy face? No one likes you.”

“Whatever.” Ace rolled his eyes before turning that intense gold-green gaze on Jack. “So… you gonna call him?”

Jack shook his head. “Nope. It was a confirmation appointment. From his salon, I might add. Not a personal text.”

“But it had a kissy-face emoji,” Ace said, waggling his eyebrows.

“It was probably a mistake. Everyone, get out of my van.” 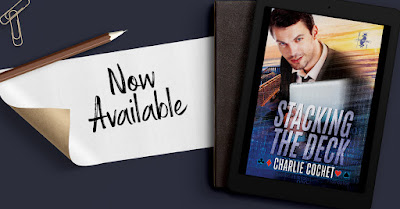 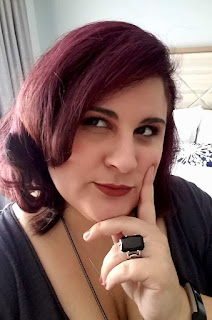 If you’d like to connect with Charlie, just drop her an email at charlie(at)charliecochet(dot)com, or find her on social media. 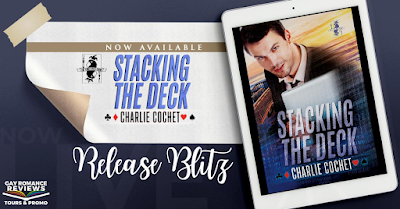