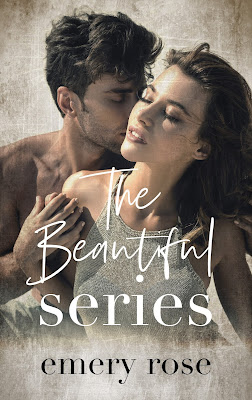 Beneath Your Beautiful (book one)
Eden
All I wanted was a fresh start in a new city...and a bartending job. I never intended to fall for the sexy, tattooed bar owner.
Dark.
Brooding.
Emotionally unavailable.
But Killian Vincent is a challenge I can’t seem to walk away from.
He’s afraid that if I dig too deep, I won’t like what I find. But he’s wrong, and I’m determined to prove it.

Killian
Love can destroy a man. Bring him to his knees. That’s why I never let anyone get too close.
Until Eden.
When she crashes into my life, I'm ready to shoot her down. Instead, I fold like a house of cards.
Feisty.
Stubborn.
Irresistible.
She’s on a mission to knock down my walls. Dig up truths better left buried.
I need to convince her that walking away is the right choice…before it destroys us both.

Beautiful Lies (book two)
Gifted artist. Drug addict. A beautiful liar with the soul of a poet.
Connor Vincent.
Once upon a time, my foolish heart believed that my love would be strong enough to fix him.
How very wrong I was.
We soared to the greatest heights and crashed to the lowest depths together.
Starting over wasn’t possible.
Yet here he was, heart in hand, asking for another chance.
Only a fool would agree.
But when it comes to Connor, I’ve always been a fool.

My muse. My bluebird of happiness. The cunning thief who stole my heart.
Ava Christensen had been the best thing in my life, but I ruined us.
One more chance to get it right.
I would show her that I’ve changed. I’m not hell-bent on self-destruction anymore. I won’t be careless with her. Not again.
This time everything will be different.
But once again my past catches up to me, and I’ll have to prove that I’m stronger than my addiction. Stronger than my secrets and lies. Strong enough to be the man she deserves.
No more secrets. No more lies.
They say that truth is beauty … they’re lying.

Beautiful Rush (book three)
After a lifetime of being tailed by her father’s bodyguards, Keira Shaughnessy just wants her freedom and independence, and to bond with her long-lost brothers.

On a quest to outrun her past, she turns to illegal street racing. She loves the rush, the hint of danger, and living just on the edge of losing control. The last thing she needs is a detective tailing her, no matter how hot he is or how much she’s tempted to kiss him. Again.

When Deacon Ramsey runs into Keira at a street race, he knows he should stay away. She’s reckless. Dangerous. A perfect storm. He can’t afford to blow his cover. And he’s not convinced that the daughter of a ruthless criminal can be trusted. But when Keira’s past catches up to her, Deacon just might be the only one who can save her. 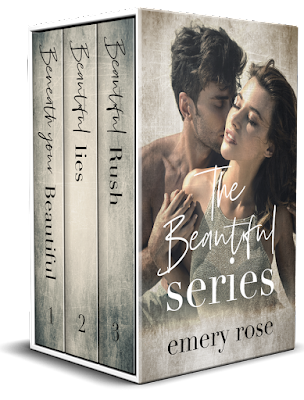 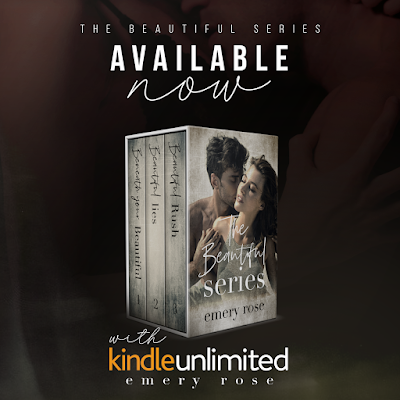 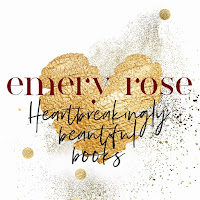 Emery Rose has been known to indulge in good red wine, strong coffee, and a healthy dose of sarcasm. When she’s not working on her latest project, you can find her binge-watching Netflix, trotting the globe in search of sunshine, or immersed in a good book. A former New Yorker, she currently resides in London with her two beautiful daughters and one grumpy but lovable Border Terrier.