Review: The Path to Us by Jennifer Van Wyk 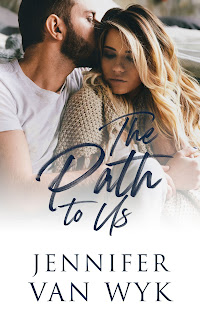 The Path to Us is a standalone friends-to-lovers romance by Jennifer Van Wyk, and it tells the story of friendship, love, family, and loss. Beau and Addy met when they were only four years old and forged a bond that would see them through anything and everything... that is until Beau finds out that Addy is pregnant with his younger brother, Christopher's, child. The news has him reeling and comes at a time when Beau is dealing with the realization that his feelings for Addy surpass that of friendship. His relationships with both shift, but when tragedy strikes, Beau knows he needs to step up, not merely for Addy, but for his five-year-old niece, Zoey, as well. The more time they spend together, the more it becomes clear to Beau that Addy is still the only woman he wants, but will feelings of guilt outweigh his feelings of love?

Jennifer Van Wyk's novels always have a lot of heart to them, which is something I appreciate, particularly because she's been consistent when it comes to finding that fine balance between heart and heat and a whole lot of story and character development. There were some honest-to-goodness heartrending moments, particularly when it came to Chris and the aftermath of it all. There was already a pretty strong support system in place for Addy and Zoey in the form of Beau and Chris's parents and younger brother, Max, as well as Richard Noosma, what with Addy's mom having passed away years before, but it was Beau who was their constant and their anchor. The story itself was beautifully paced and my angst-loving self was more than happily satisfied. The Path to Us garners 4.5 stars out of five stars.

Purchase The Path to Us on Amazon.