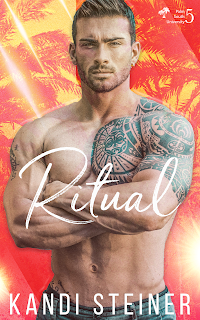 Fair warning: the Palm South University series is highly addictive AND you're going to have to read the books in order (but hey, reading the five currently available books will be worth your time because, again, the series is ADDICTIVE!). If you're a fan of memorable television series like Gossip Girl, The O.C., and Greek, then this book series may be right up your alley. Presented like an actual TV series, each book is a "season" comprised of six "episodes" featuring Cassie, Adam, Bear, Jess, Skyler, Erin, and Ashlei, with all the drama set in a private university located in a small beach town.

Writing a review is difficult without giving away details that will pretty much end up being all spoiler-like if you've never read the books. Because the series is written like a television show, not every story line is resolved, especially since there are still future books slated for release down the line. This is why it's important to remind new readers that you can't simply jump in and read Ritual without having read the four previous books (Rush, Anchor, Pledge, and Legacy). But hey, it's never too late to binge, so hop to it because I promise that this series is unlike any of Kandi Steiner's other series and standalones (all of which are standouts in their own right). If I had to nitpick, my main point of contention would have to be the long wait before readers get their hands on the sixth "season" (due on February 25, 2021). Five stars for Ritual.