Book Spotlight: Clean Up on Aisle Mine by Patricia Logan 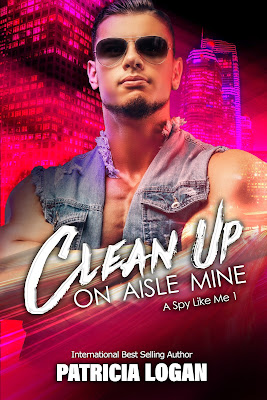 About Clean Up on Aisle Mine
Former CIA operative Damon Thorne is a fixer. He cleans up messes other people make of their lives to forget the wreckage his own has become. Whether it means retrieving a drug addict whose family is being blackmailed or rescuing a furball who’s the subject of a custody dispute, Damon just gets things done.

When the job means kidnapping the wild son of a prominent Senator in an election year, it should come with hazard pay.

From the day Jude Chenoweth was born into wealth and position, his father has groomed him to follow in his footsteps. Jude has other plans. Openly gay and infamous, all he wants to do is live his life, create his art, and never settle down.

Life has a way of kicking butts, even the sexy ones. Thrown together in a situation neither wanted, Damon and Jude must now decide how to move forward. Jude knows something is wrong when he gazes into Damon’s haunted brown eyes and Damon recognizes there’s much more to Jude than the caricature he shows the world.

This might be the beginning of a journey… or an incredibly stupid mistake. Perhaps working together will help them process their own demons. Whatever happens, neither of them believes Damon’s assignments will always come with a heaping helping of bad guys. 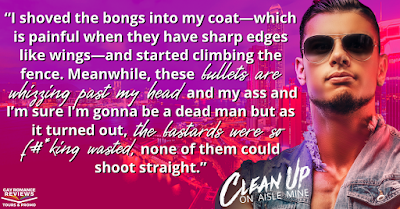 Read my 4.5-starred review of Clean Up on Aisle Mine.

Add Clean Up on Aisle Mine on Goodreads. 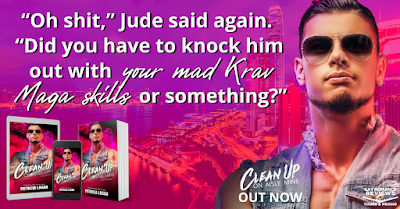 An Excerpt from Clean Up on Aisle Mine
“Have you heard from your father?” Cooper’s father was Brad’s campaign manager and had been since he started out in California politics over twenty years ago.

Cooper’s face lost its smile immediately as he nodded. “I did. He says the family is expecting you to play much more of a role in the campaign as we draw closer to November. Next week there’s supposed to be an interview after his campaign rally in Sacramento.”

Jude’s lips thinned. If there was one thing he could point to that he hated more than anything in this world, it was playing a role in his father’s political campaigns.

“Right. I’m certain Brad’s republican colleagues would just love it if I showed up on stage with my father and told them what I really think of their platform. Holt should do the interview.”

Cooper popped another handful of edamame into his mouth, chewing. He swallowed and grinned at him. “The interview is with the leader of the Log Cabin Republicans. They want an idea of the republican platform from a gay man’s point of view.”

Jude’s jaw dropped open and he folded his arms. “Like hell! Just because I’m gay doesn’t mean I’m going to kowtow to those guys.”

Cooper grinned wider. “Look at it this way. You’re like a zoo animal. The gay son of a republican senator from a Liberal state. Who knew you’d be popular enough to be interviewed by Sally Sly? Just think of the “cause”, Jude.” Cooper batted his eyelashes in a pleading way that made Jude burst out laughing.

“Fuck Sally Sly. I’m not sitting in a room with that republican shrew for one minute. Did you see her article on marriage equality before SCOTUS ruled on Obergefell v. Hodges? Her views are just short of Fascist.”

“Maybe an interview with Sally Sly will have its benefits,” Cooper said with a little shrug. “I’ll tell dad to write into the contract that you like getting pegged. Maybe you’ll enjoy a strap-on. You’ll never know until you try, babe.”

Jude was still laughing when the waitress walked over with a tray and began setting down the obscene number of rolls that Cooper had ordered. He accepted his own volcano roll and seafood salad, leaning over to take a long whiff of it. It smelled lovely and his own stomach rumbled the moment he caught the delicious scent. They both dug into their food and ate for a few minutes before Jude brought the subject up again.

“Your dad asked you to tell me about it, right? My father was too afraid to ask me himself?” Jude pinned Cooper with a hard stare and his best friend shrugged. 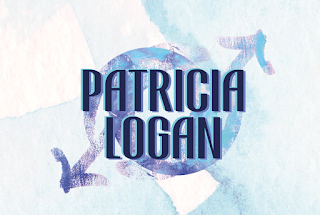 When she’s not writing her next thriller romance, she’s watching her grandchildren grow up way too soon, and raising kids who make her proud every day. One of her favorite tasks is coaxing nose kisses from cats who insist on flopping on her keyboard while she tries to type. She counts herself lucky to be surrounded by people who love her and give her stories to tell every day.

Become a fan of Patricia at http://authorpatricialogan.com.

Email her at patricialogan.author@yahoo.com. She loves to hear from readers more than anything and will respond to all emails. 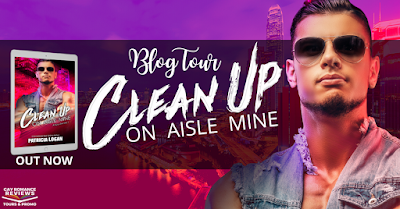