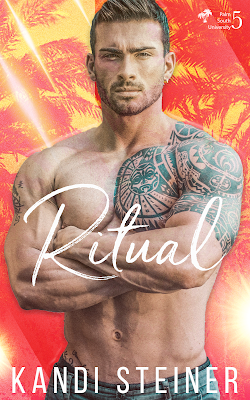 About Ritual
Written like your favorite drama television show, the Palm South University series has been called "a mix of Greek meets Gossip Girl with a dash of Friends." Follow seven college students as they maneuver unrequited love, teacher/student romance, the tangles of “no strings” relationships, love triangles and more. Each “season” has six “episodes,” and just like when your favorite show hits Netflix, you can read just one episode at a time or binge the entire thing. With the perfect mix of angst, emotional romance, and romantic comedy, the Palm South University series is your next guilty addiction.

The weather isn’t the only thing heating up in South Florida. At a school where fraternities and sororities don’t exactly play by the rules, relationships are bound to be tested. Parties and sex are definitely key ingredients in the Palm South recipe, but what happens when family issues, secret lives, and unrequited love get tossed in the mix?

Follow Cassie, Bear, Jess, Skyler, Erin, Ashlei, and Adam as they tackle college at a small, private beach town university. Written in television drama form, each episode of this serial will pull you deeper and deeper into the world of PSU.

Where the sun is hot and the clothes are scarce, anything can happen. 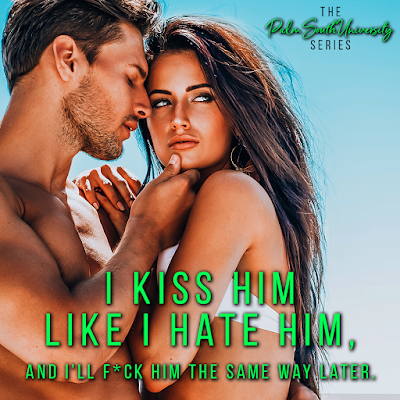 Read my five-starred review of Ritual. 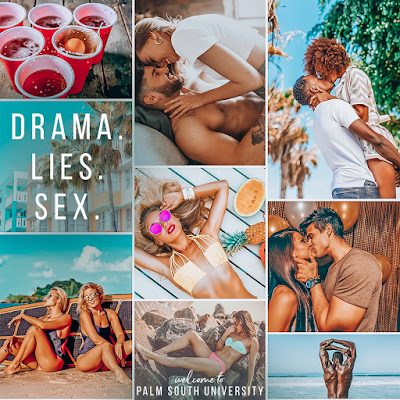 An Excerpt from Ritual
“Do you have pole tomorrow?” he asks, checking his side mirror before he pulls onto the road.

“And it’s Sunday, so you wouldn’t have class, right?”

My suspicion rises. “No… but I do have Chapter at six.”

“Chapter…” he muses, side-eyeing me with a grin. “Damn sorority.”

I smack his arm playfully.

“Do you think you could skip it, just this once?”

“Probably not without a death threat from Ex,” I say seriously. “But… what are you proposing?”

We pull up to a red light, and Brandon bites his lip before turning to me. “The Bahamas.”

“The Exumas,” I repeat, sounding like a freaking parrot at this point. “You’re proposing we go to the Exumas tonight,” I clarify. “As in… the place where you swim with pigs.”

“I was thinking more like the place where I fuck you on my yacht and drink fruity cocktails out of coconuts with you on the beach,” he says on a smirk, and the light turns green, making him turn back to the road with a shrug. “But if you’d rather swim with pigs…”

I laugh, shaking my head at the ridiculousness of it. I’m tempted to say We can’t just go to the fucking Bahamas, Brandon, but I know that’s a lie.

He has a yacht.

And more money than he knows how to spend.

Technically, we can go to the Bahamas.

I’m quiet for a long while, and Brandon glances at me from the corner of his eye before pulling into a random restaurant parking lot. It’s a Mexican diner, not even open yet, since it’s only ten in the morning. When he’s parked, he turns to me, grabbing my hands and pulling them into his lap.

“Look, we’ve both been busy this summer — you with your exec position in the sorority, and pole… me with this national client we’re in the bidding war for… both of us working hard at Okay, Cool after everything that went down in the spring with Kim… and now, school is back in session, it’s the last semester before you graduate, we’re both hard at work, and I just…”

He smooths his dark thumbs over my wrists, his eyes that are usually so intense, soft and vulnerable now.

“This might be our last chance to spend some real, quality time together before life gets even crazier than it already is.”

My heart melts into a puddle right there on the floorboard of his expensive ass car, and I lean over the console, kissing him long and hard.

“Let’s go to the Bahamas,” I whisper between kisses. “You’re right. Everything else can wait.”

He sighs, wrapping his arms around me until he’s pulling me into his lap. I squeal and laugh, but then my next breath is stolen by the erection growing in his slacks.

“This would be a lot easier on the yacht,” I say, rubbing the seam of my leggings against his hard-on.

“Maybe,” he says, sucking on my bottom lip and releasing it with a pop. His lips trail down my neck as my head rolls back. “But these windows are tinted, and you’re sexy when you say I’m right.” 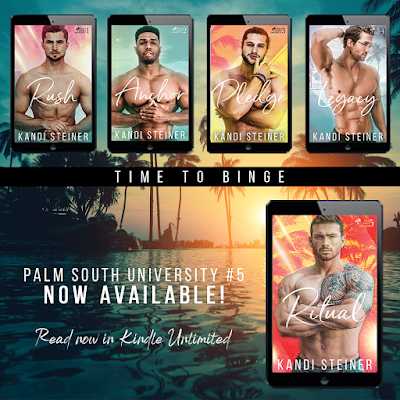 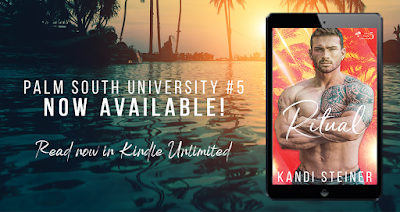