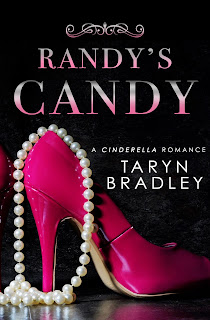 Note: An advanced reader copy (ARC) was provided by the author via Forever Write PR.

Taryn Bradley is a new-to-me author and after finishing her standalone royal romance, she's certainly got my attention. Randy's Candy is the story of Claire Thompson, a forty-year-old assistant editor for Couture House, a top fashion magazine, and His Royal Highness Prince Randolph, nephew of the reigning monarch. The two share an unforgettable night together, but when Claire wakes up to an empty bed, she takes her broken her heart and leaves London for her home in New York. Weeks later, Claire finds out that the Rand she had slept with is an honest-to-goodness prince who is now searching high and low for his "Candace"--the name he knew her by when they slept together. But instead of running towards her real-life Prince Charming, Claire seriously wants to run far, far away...

Royal romances are nothing new and over the past year or so, they've been popping up everywhere, some even creating series and spin-offs galore. Inasmuch as a number of these books were good reads, only a rarefied few really stood out thanks to outstanding writing and a creative and original story and characters. Taryn Bradley's Randy's Candy belongs in the latter camp, bringing forth a refreshing story of a member of British royalty and an American commoner sharing a one-night stand and then falling in love while pursuing a very secret relationship. There isn't a whole lot of angst in this story but there are, of course, complications on the way to these two getting their coveted happily-ever-after. Even without my beloved angst, there was a whole lot about this novel to love!

This royal romance had a good balance of sweet and steamy, alongside lighthearted and humorous moments. There were also some heart-tugging parts, especially when it came to Claire's relationship with her best friend and her best friend's family, i.e. the husband and children, and Claire's father. Rand had a bit of a naughty side to him, and he did live up to the nickname given to him by the press because he was quite randy. I loved seeing these two building their relationship in spite of the fact that they had to keep everything on the down-low as well as having to live across the pond from each other. Randy's Candy is the sort of book that you want to curl up with and swoon over the idea of an ordinary girl meeting her literal prince and living their extraordinary happy ending. Five stars. ♥