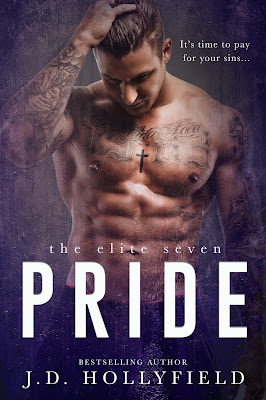 About Pride
The greatest trick the devil ever pulled was convincing the world he didn't exist.
But who said the devil was a he?

In my world, she was out to cause havoc on all our lives.
She’ll use the one thing I care most about to control me—force me into her Elite world, filled with sin, deceit, and power. And under her spell, I’ll lead a sinister brotherhood of seven at one of the most prestigious universities in New Orleans.

Seven tasks set forth by the devil herself, promising nothing less than the forbidden fruit of power. What they don’t understand is it will all end in bloodshed and regret.

They call me the alpha. The one in charge. The one with pride bigger than any task I could be given. And my pride won’t let me be anywhere but at the top of the food chain until she gives me what I truly want.

My task is Meghan Thorne.
She’s too pure for me to touch, too good for me to ruin—and the only thing standing in my way to freedom.

Accept your sin wisely, for the tasks given to earn your place are not for the weak...they’re for The Elite.
As they say, pride comes before the fall.

I am Mason Blackwell.
I am Pride. 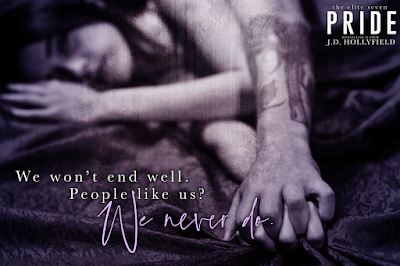 Read my 4.5-starred review of Pride. 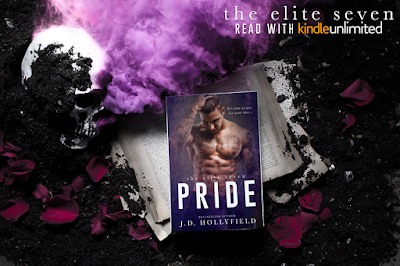 J.D. Hollyfield is a creative designer by day and superhero by night. When she is not trying to save the world one happy ending at a time, she enjoys the snuggles of her husband, son's and three doxies. With her love for romance, and head full of book boyfriends, she was inspired to test her creative abilities and bring her own story to life.

J.D. Hollyfield lives in the Midwest, and is currently at work on blowing the minds of readers, with the additions of her new books and series, along with her charm, humor and HEAs.