Audiobook Blitz: Out in the Offense by Lane Hayes, narrated by Michael Pauley 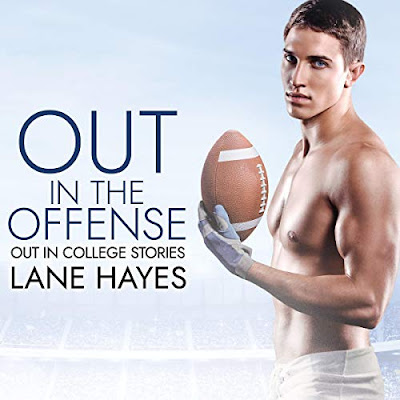 Out in the Offense
(Out in College #3)
by Lane Hayes
narrated by Michael Pauley
Date Released: February 11, 2019

About Out in the Offense
Christian Rafferty is a talented quarterback with a big secret. He’s determined to make the most of his final season on the football field, and if possible, avoid any confrontations with his conservative parents about his future. It shouldn’t be difficult; he’s become adept at keeping his public and private lives separate. However, when a math class threatens to derail his plans to graduate on time, he realizes he may need outside help.

Rory Kirkland has a reputation for being a tough guy. He’s a former wrestler and recent college graduate who needs a real job. Until he finds one, tutoring is a decent temporary gig. Luckily, his brain is his biggest asset. Rory is a genius. He credits his sport for helping him deal with angst and rumors about his sexuality when he was younger, but he doesn’t care what others think anymore. He likes his new status as an out and proud bi man; and he recognizes something of himself in Christian. But Rory didn’t count on falling for him. When an unlikely friendship collides with intense attraction, both men begin to realize that coming out on offense just might be the surest path to love. 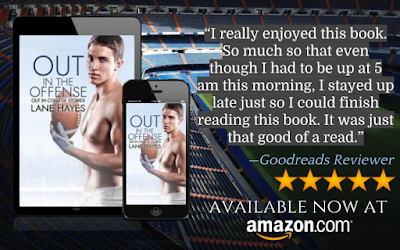 Read my five-plus-starred review of Out in the Offense.

Add Out in the Offense on Goodreads. 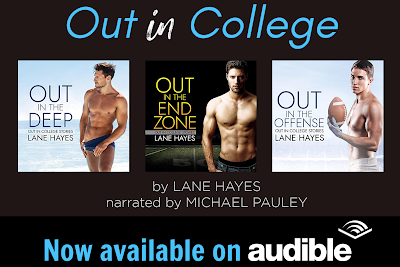 About Lane Hayes
Lane Hayes is grateful to finally be doing what she loves best. Writing full-time! It’s no secret Lane loves a good romance novel. An avid reader from an early age, she has always been drawn to well-told love story with beautifully written characters. These days she prefers the leading roles to both be men. Lane discovered the M/M genre a few years ago and was instantly hooked. Her debut novel was a 2013 Rainbow Award finalist and subsequent books have received Honorable Mentions, and won First Prize in the 2016 and 2017 Rainbow Awards.

About Michael Pauley
Michael Pauley has well over 50 audio book titles currently available for purchase on Audible.com. He is versed in multiple styles and genres including fiction (novels and short stories) ranging from romance to science fiction to crime dramas to thrillers; business strategy books; health and wellness books; and even an occasional children's book.

Fans of Michael's narration are welcome to follow him on social media. If you are interested in working with Michael to produce your next audio book, you can contact him directly at voice@michaelpauley.info.