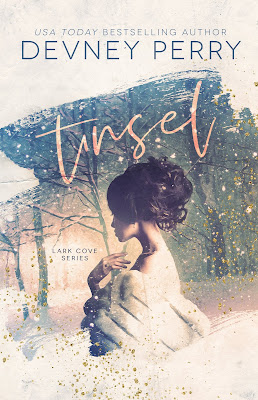 About TInsel
Sofia Kendrick has always cherished her tiara. As the youngest daughter of a wealthy New York family, she’s lived the life of an American princess. But after two scandalous divorces and a breakup smear her name across the society rags, the shine from her crown has dulled. People call her superficial, even gaudy.

She’s nothing more than tinsel.

Desperate for escape and starving for peace, Sofia heads to Montana for a holiday weekend with her brother. But she doesn’t get the relaxing vacation she planned. Instead, she’s put to work in a bar alongside Dakota Magee—a man who does not want her help. A man who is set on teaching her a few lessons about real life and hard work. But Sofia has a couple of life lessons of her own to teach. Like how to fall in love. 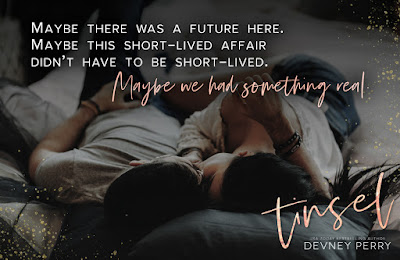 Read my five-plus-starred review of Tinsel. 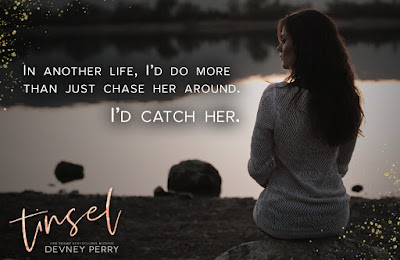 Devney Perry is a USA Today bestselling author who lives in Washington with her husband two sons. Born and raised in Montana, she loves writing books set in her treasured home state. After working in the technology industry for nearly a decade, she abandoned conference calls and projected schedules to enjoy a slower pace at home with her family. Writing one book, let alone many, was not something she ever expected to do. But now that she's discovered her true passion for writing romance, she has no plans to ever stop.