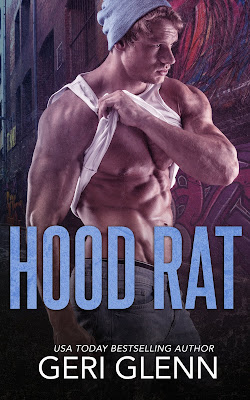 About Hood Rat
USA Today bestselling author Geri Glenn returns with an unforgettable story of hardship, strength, determination and love in the most unlikely of places.

A rich girl trying to save the world. A hood rat living by a moral code of his own creation.

Georgia knew the south side was going to be rough, but she never dreamed she’d come up against anyone quite like Tripp. When Tripp’s kid brother gets caught up with a local street gang, the two of them have no choice but to set aside their differences and work together.

You’ve read the novella in the Wanted anthology, but Hood Rat is back and better than ever. Now a full-length novel! Prepare yourself to fall in love with Tripp and Georgia all over again. 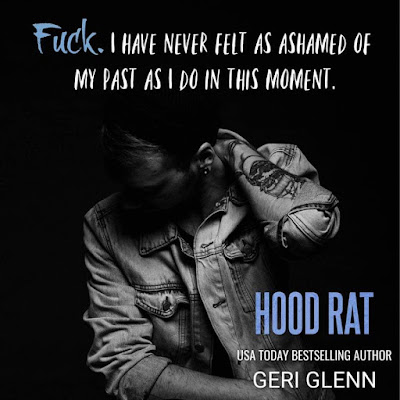 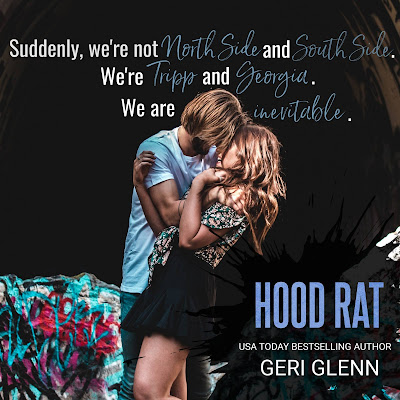 An Excerpt from Hood Rat
Her lips capture mine as we move, our hips thrusting slowly and out of sync as we ride the wave of pleasure we’d just found. As our orgasms fade, our kiss slows, turning from one of passion to one of connection. A kiss that I’ve never shared with anyone else in my life. It’s tender, soft, and filled with something that could maybe even be the beginning of love.

Exhausted, Georgia drops to the bed beside me, her head resting on my chest while her hand draws tiny shapes and circles across my abdomen. Neither of us say a word, but that’s okay, because right now, I think both of us are trying to comprehend just how we got to this moment.

I could lay like this forever with Georgia in my arms, nobody else around to see us and wonder how we could fit together. Suddenly, we’re not North Side and South Side. We’re Tripp and Georgia. We’re inevitable. 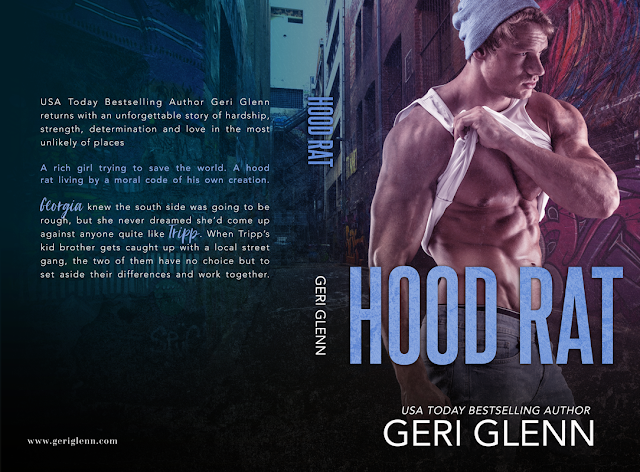 She lives in the Thousand Islands with her hubby, two young girls, one big dog and one terrier that thinks he's a Doberman. Before she began writing contemporary romance, Geri worked at several different occupations. She's been a pharmacy assistant, a 911 dispatcher, and a caregiver in a nursing home. She can say without a doubt though, that her favorite job is the one she does now-writing romance that leaves an impact.

She loves homemade cookies, copious amounts of coffee and Diet Coke by the case. You can connect with Geri on her website, where you can sign up for her newsletter to find out more about her less than glamorous life and what she's working on now.