Cover Reveal: All Souls Near & Nigh by Hailey Turner 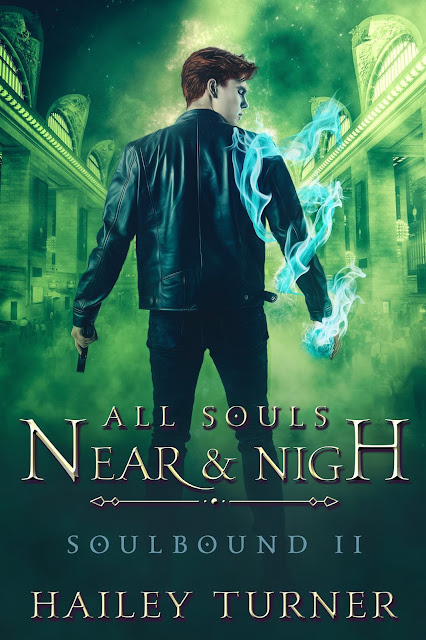 All Souls Near & Nigh is a 104k word m/m urban fantasy with a gay romantic subplot and a HFN ending. It is a direct sequel to A Ferry of Bones & Gold, and reading the first book in the series would be helpful in enjoying this one. Please see the disclaimer in the Look Inside for content some readers may find triggering.

An Excerpt from All Souls Near & Nigh
Strong arms wrapped around his waist and a chin settled on top of his head. Patrick scowled into his coffee but couldn’t help slumping back against Jono.

“You don’t got to pay me for this. But you’ll need someone who’s actually seen the bloke to confirm it’s him before I handle any paperwork.”

“Lucky for us, you fit that bill.”

Jono sighed heavily, but didn’t protest Patrick’s pointed comment. “I’ll get dressed. Put the whiskey away and get a nicotine patch. You’re stroppy.”

“The fuck I’m stroppy,” Patrick muttered, taking a sip of his Irish coffee.

He still got the nicotine patch.

You can keep up with Hailey's future projects by joining her newsletter, where you can instantly download two free Metahuman Files short stories and the Soulbound short story Down A Twisted Path. 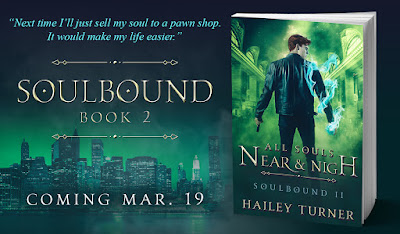