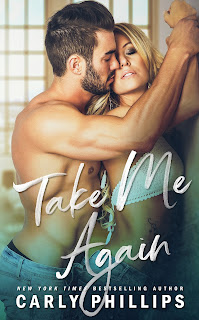 Bestselling author Carly Phillips has a brand-new batch of siblings for readers to fall in love in her Knight Brothers series. Having been orphaned by their mother and left to be raised by their womanizing father, the Knight siblings are composed of Ethan (30 and married), Parker (28 and single), Sebastian (26 and single), and Sierra (24 and engaged), with all four work at the family-owned Knight Time Technology. Sebastian is the sibling they turn to when a deal needs to be closed, and he’s the same way when it comes to his personal life. He’s a playboy, but he doesn’t make promises he can’t keep nor does he allow the women he’s with to think that there’s a chance of anything more. He’s not looking for love, but then Ashley Easton returns to New York from London after having been away for eight years—the same Ashley Easton he wanted to be with when he was eighteen and she was sixteen. Having her back could be his second chance with her, but Ashley’s done a lot of growing up…and Sebastian fears she’s done with him.

Take Me Again is a great kick-off to Phillip’s new series, with a focus on the second-chance love story between Sebastian and Ashley plus glimpses into the three other siblings and the situations that they find themselves in. In as much as Sebastian may have been an unapologetic philanderer, I did feel for the guy when it was obvious that Ethan, Parker, and Sierra had knowingly kept things from him because they didn’t think he was responsible enough to handle whatever information they had. As for Ashley, the woman was someone who had her life in order and she was confident and outspoken. Her connection to the Knights was interesting, especially in the years AFTER she had gone to London. I don’t want to spoil the story for anyone, so I’m not going to divulge any details. I liked the pacing of the story and how everything came together by the end. I’m already looking forward to getting my hands on the next three books (because I’m preeetty sure Sierra gets one, too) over the next months. Five stars for Take Me Again. ♥