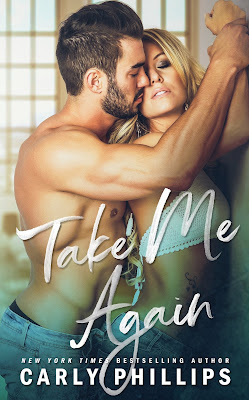 About Take Me Again
He’s alpha, he’s sexy, and he’s sure he’s got life in his hands … Until Ashley Easton returns, wanting nothing to do with the playboy who broke her heart.

Sebastian Knight is a closer. Be it a business deal or the woman of his choice, everything he wants is his for the taking. Sexy and irresistible, a wink, a smile, or a handshake always seals the deal. Until Ashley returns at the worst possible time, and everything unravels around him.

The Ashley who returns is sassy and sexy--everything Sebastian craves and he wants a second chance. Despite her reluctance, his sex appeal makes it harder and harder to keep him at arm’s length.

Sebastian might have a talent for sealing the deal, but Ashley is no longer easily charmed. This time he’s going to have to work to win. 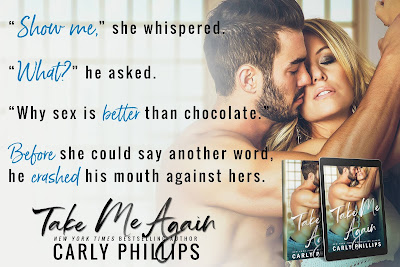 Read my five-starred review of Take Me Again.

Add Take Me Again on Goodreads. 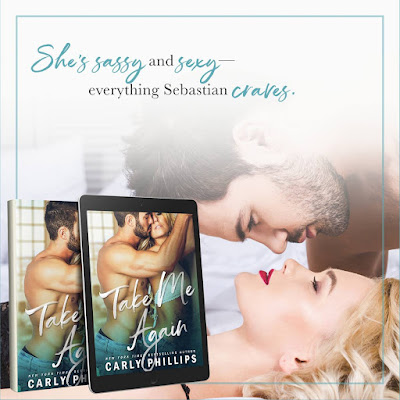 An Excerpt from Take Me Again
Though she and Sebastian had been sharing a suite in California, the fact was, they lived in separate apartments in New York. No matter what she felt for him, London, her job, and her life awaited her. The sooner they got used to being apart the better.

“I’m tired,” she said. “I didn’t rest much on the flight, and we have to be up early tomorrow to meet with Ethan.”

His grin turned into a frown. “Why do I get the feeling you’re pulling away?”

She rubbed her hands over her arms and turned away, not wanting to face him. It was one thing to pull back, another to look him in the eye while doing it. Not when all she really wanted to do was throw herself into his arms. But she lived in reality. So here they were.

“Hey.” He grasped her and turned her around. “I have a question for you.”

“Why are you still here?”

“What?” She hadn’t anticipated that question.

“Why are you still here, in New York? You said you came for Ethan, but when he sent you away, you came with me. And now we’ve wrapped things up. We’re talking to Ethan in the morning. Is your flight home booked?” As he spoke, his hands on her forearms felt like a brand, a reminder that she belonged here, with him.

And she couldn’t let that sway her. Although she’d put work out of her mind, she had checked in with her bosses while she was away, assured them she was returning. She’d bought herself another week, that was it. They understood her leave of absence but wanted her back as soon as possible.

“I’ll take your silence to be a no,” Sebastian said, releasing her arms. “Which brings me back to why? Do you still want to be here? Or are you avoiding Mr. Perfectly Nice?”

She didn’t want to talk about any of this. She still had a week left, and in that time, Ethan would need her once he found out about Mandy’s cheating. Or was that just an excuse? Because she wasn’t ready to leave Sebastian, her conscience asked her.

She glared at him. “Why are you pushing me so hard just because I said I was tired?” she asked, more annoyed with herself but taking it out on him. 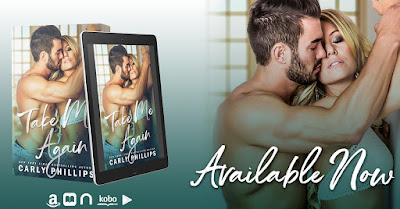 Carly Phillips is the New York Times and USA Today bestselling author of over 50 sexy contemporary romance novels featuring hot men, strong women and the emotionally compelling stories her readers have come to expect and love.

Carly’s career spans over a decade and a half with various New York publishing houses, and she is now an Indie author who runs her own business and loves every exciting minute of her publishing journey. Carly is happily married to her college sweetheart, the mother of two nearly adult daughters and three crazy dogs (two wheaten terriers and one mutant Havanese) who star on her Facebook Fan Page and website. Carly loves social media and is always around to interact with her readers.