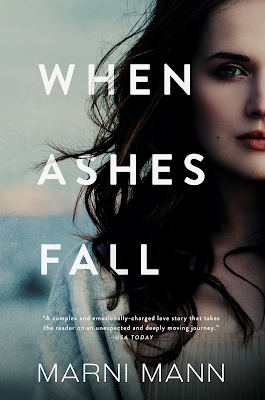 About When Ashes Fall
“When Ashes Fall is a tautly written, complex, and emotionally-charged love story that takes the reader on an unforgettable, unexpected, and deeply moving journey.” —USA Today

It’s been said that you can’t love two men at the same time.

You can’t split your heart, soul, and body in half.

But I’m here to tell you, you can.

Dylan Cole is like ice, sharp and unpredictable, the thunder inside a tumultuous storm.

Smith Reid is warmth, soft and gentle, perfect like a sunny day.

But I can have only one.

There are two sides to this tale.

I'm here to tell you mine.

If you think this story is about a cheater, you couldn’t be more wrong. 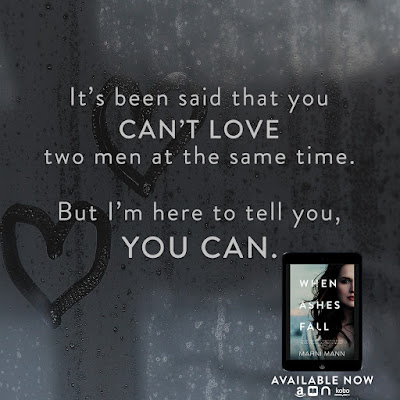 Read my five-plus-starred review of When Ashes Fall.

Add When Ashes Fall on Goodreads.

An Excerpt from When Ashes Fall
Alix and I were standing outside Quincy Market, holding our to-go boxes of chocolate cake, opened, with several forkfuls missing from each piece. I’d asked about her shift, which had started at midnight, and she was telling me about one of the calls she had been on. It involved an elderly couple, married for sixty-seven years. The husband had fallen down a short flight of stairs. Alix believed he had fractured his hip.

She stared at the cake as she spoke. And I gazed at her, checking out the way she speared off another bite. How she stuck the fork between her lips.

How the utensil came out of her mouth clean.

It was incredibly sexy.

She didn’t even have to try. It came natural to her.

As natural as her looks.

A beauty that went so deep, she didn’t need makeup to enhance it.

She didn’t wear much of it anyway. There wasn’t anything on her lips, no color on her lids, just thick lashes and some pink on her cheeks.

She had no idea how gorgeous she was.

If I told her, I was sure she wouldn’t believe me.

Alix’s confidence came when she talked about her job.

I could tell how much she loved it by the passion in her voice, by the way she described how she’d helped the old man.

What she did was something I hadn’t been able to visualize at first. Now that I’d spent more time with her, it was all I could see.

Damn it, I wanted to touch her.

I’d kept my hands off of her while she was eating the gyro and fries.

But I didn’t want to wait any longer.

Once she swallowed the mouthful, I said, “Alix …”

I needed her eyes on me to see the way she would look at me, how she would respond to the sound of my voice.

That would determine if I could reach for her right now or if I’d have to wait.

Her stare slowly lifted and landed on mine.

Shyness was peeking through her expression.

Still, every sign was there—the desire in her glare, the increased breathing, the way her tongue was swiping across her lips. It wasn’t frosting she was licking off because there wasn’t any there.

I dropped the small box of cake on the ground. She didn’t watch it fall, but when she heard the sound, I saw the hunger in her grow.

I took a step.

He did, too, in the opposite direction at the same time she dropped her cake.

She said nothing as I continued to move toward her, backing her up to the side of the building until her body was pressed against it.

As I stood inches away, I lifted my hands to the top of her head where they pushed into the brick. “You can stop me.”

Her voice was soft, not weak, as she looked up at me and said, “I’m not sure I can.” 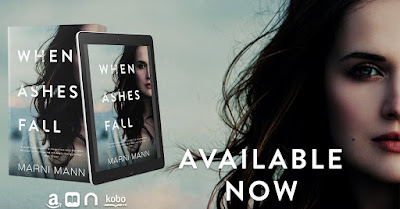