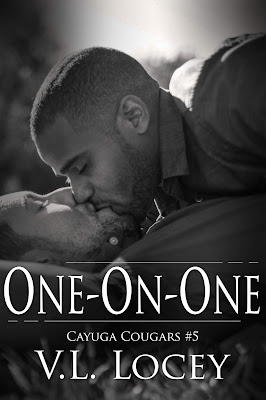 About One-on-One
The past few years have been a bit chaotic for new Cougars associate coach, Lancaster Hart. After an amiable divorce he began living his life as the gay man he’d kept closeted for far too long. With the recent move to Cayuga, he’s away from his support system and properly made sweet tea. Despite a roster filled with new friends and associates, he’s spending his nights alone.

As his team gears up to make a run at the Calder Cup, Lancaster discovers that not everything in upstate New York is wine, woodlands, and chilly conservative ideals. At a summer music festival, he first lays eyes on Townsend Harris, folksy/blues singer by night and mayoral office assistant by day. Lancaster is enraptured with the man’s powerful sultry voice. Also, Town just might be the most beautiful man he has seen in all his forty-one years.

The two hit it off at an informal meet and greet after the show, where they spend the night talking and sipping wine. One evening of conversation and an incendiary goodbye kiss leads them into a scorching love affair that might be exactly what Lancaster has been searching for his whole life. Can his team pull off professionally what he’s hoping to do privately as well? Or will capturing their dream evade both the Cougars and Lancaster? 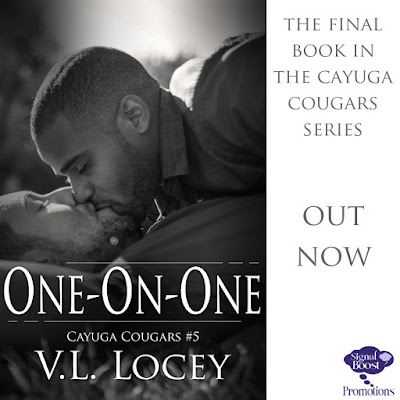 
When not writing lusty tales, she can be found enjoying her day with her menagerie in the rolling hills of Pennsylvania with a cup of fresh java in hand.