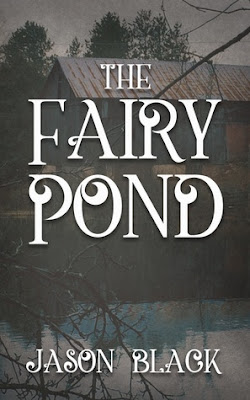 About The Fairy Pond
Nevan lives a simple life. He works hard in the fields with his brothers and his grandpa, and adores his mother wholeheartedly. He's a good boy who usually stays out of trouble, but even when Grandpa warns him to stay away from the pond, he can't help feeling curious about it...and the creatures that watch him whenever he's near.

Read my five-plus-starred review of The Fairy Pond.

Add The Fairy Pond on Goodreads.

An Excerpt from The Fairy Pond
It had been a long day. Nevan had come out to the fields with lunch after helping with the home chores and stayed to work the rest of the day. He enjoyed this time alone with his grandfather. Each night they were the only ones who stayed awake for the ride home, Grandfather telling stories of times past while Nevan soaked it in like a sponge.

That evening, Grandfather was quiet, glancing around as if uneasy with the sounds of the coming night. Nevan turned to look out at the familiar shapes around them. In the distance, he saw the barn come into view and knew their destination wasn't far beyond. As they finished rounding a grove of fruit trees, he could also see the small pond that sat next to the barn; home for geese, ducks, and fish. It also served as a cool respite on a warm summer day.

The lack of talk and the swaying of the wagon served to lull Nevan toward sleep. He let a shivering yawn pass his lips, his eyes again turning toward the pond. A splash, a movement. Nevan blinked, now fully awake, and squinted his eyes in disbelief.

"Yeah, boy?" his grandfather answered in a hushed tone.

"There are people swimming in our pond!"

"T'ain't no one out this late, boy. People be sleepin'." Grandfather's words had a finality to them that told Nevan not to argue.

Another splash and Nevan couldn't hold his tongue.

"But… look!" His finger shot out toward the pond, now directly to the right of the wagon.

Nevan could clearly see the shapes of the figures in the water, even the gleam of eyes in the moonlight as they looked directly at them.

"Boy," Grandfather said sternly, "Don't look and don't be talking about that no more." 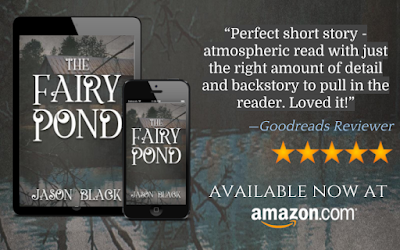 About Jason Black
Jason Black lives in Texas with his partner and two roommates. He cooks. He writes. He's an okay guy.