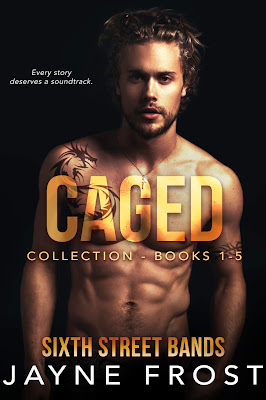 About Caged Collection: Sixth Street Bands Box Set
One band. Five hot rockers. Their stories will melt your heart and leave you BREATHLESS.

The Caged Collection includes books 1-5 in the bestselling SIXTH STREET BANDS series. 1500 pages. Over 400,000 words. PLUS an extended epilogue for DOWN TO YOU and a preview of ANOTHER SKY, book six in the saga!

No relationships. No complications.
Leave ‘em smiling when you go, but always go.
I never had any problem following the rules.
Until her...

Fall With Me
Christian and Melody's story.

They say Christmas is a time for miracles.
And Melody is mine.
The angel who broke all the rules.
But can our fling last longer than a season?

Missing From Me
Sean and Anna's story.

Lost for You
Chase and Taryn's story

Two lives touched by grief, addiction, and loss.
When love has brought nothing but pain is it worth the risk?

Down to You
Logan and Tori's epic journey

A star on the rise.
Rock music's shattered princess.
Neither of them was looking for love.
But sometimes fate has other plans.
Every story needs a soundtrack. And theirs is epic.

Plus a sneak preview of Another Sky, Sixth Street Bands #6! Coming March 2019! 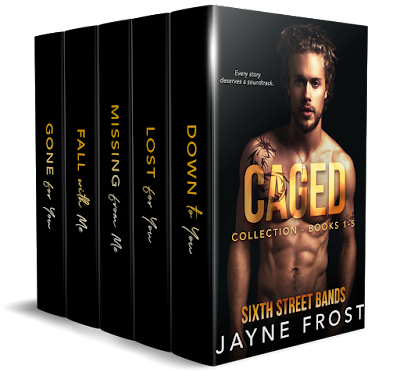 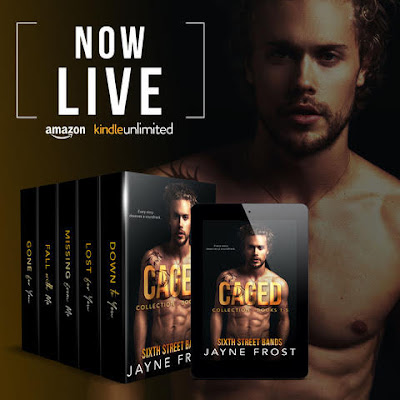 About Jayne Frost
I grew up in California with a dream of moving to Seattle to become a rock star.

But when the grunge thing didn’t work out (I never even made it to the Washington border) I set my sights on Austin, Texas.

After quickly becoming immersed in the Sixth Street Music scene…and discovering I couldn’t actually sing, I decided to do the next best thing—write kick ass romances about hot rockstars and the women that steal their hearts.