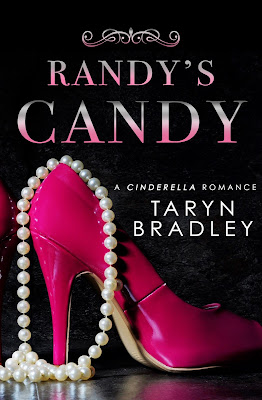 About Randy's Candy
For one magical night…
I was Cinderella at the ball, sipping champagne and dancing under the stars with the most gorgeous man I’d ever laid eyes on.

For one magical night…
I was the sparkle in his eyes and in the heat of passion…the name on his lips.

For one magical night…
I lived my fairytale and the man before me was my dream come to life…my very own Prince Charming.

But, my magical night disappeared with the light of day…
As did my handsome prince.
So, just like Cinderella…I ran.
All the way home to New York City…
To lick my wounds and nurse my broken heart.

Now 3,459 miles away from that magical night… my prince’s face was smiling back at me…from the magazine rack at the grocery store.
It wasn’t pretend.
He really is a prince.
And he’s searching for me.
Now, I need to do everything in my power to not be found… 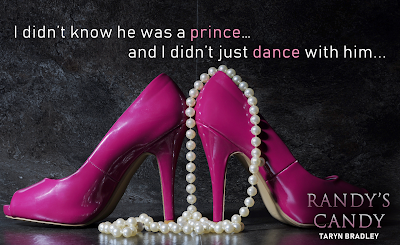 Read the prologue for Randy's Candy on Taryn Bradley's website. 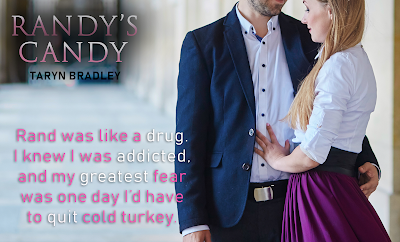 About Taryn Bradley
Taryn Bradley makes her home on a small citrus ranch in the rolling hills of California. When she's not tending to her many animals, or reading, she is barefoot in her writing cave, spinning tales and drinking whiskey from a tea cup. Randy’s Candy is her third novel.