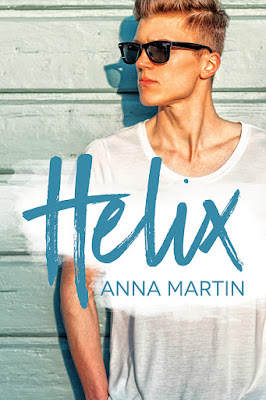 About Helix
When high school student James has trouble with his truck, Dylan, who is studying to be a mechanic, comes to the rescue. James thinks he hides his immediate attraction well, but is happy to be wrong when Dylan asks for his number. Since James is new to romance, they take things slowly, and because Dylan is in college, James keeps the budding relationship secret from his overprotective dad.

Across town, Mark, a teacher and single father to James and his sister, Frankie, meets Steve at a bar for what both believe will be a quick hookup. Mark doesn’t see any reason to tell his kids about Steve or press Steve for details about Steve’s adopted son…. It’s just sex between them. Isn’t it?

Two very different love stories grow side by side, each hidden from the other. But all of that changes at a family barbecue, when Mark decides it’s time for his kids to meet Steve and for him to meet James’s boyfriend, who none of them realize is Steve’s son, Dylan. The inevitable explosion means the two couples have some explaining to do to soothe the hurt feelings of their families—and lovers. 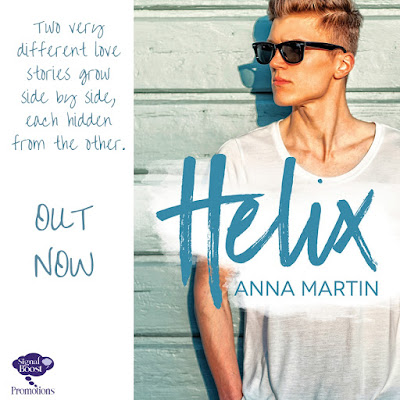 About Anna Martin
Anna Martin is from a picturesque seaside village in the southwest of England and now lives in the Bristol, a city that embraces her love for the arts. After spending most of her childhood making up stories, she studied English literature at university before attempting to turn her hand as a professional writer.

Apart from being physically dependent on her laptop, Anna is enthusiastic about writing and producing local grassroots theater (especially at the Edinburgh Fringe Festival, where she can be found every summer), going to visit friends in other countries, and reading anything that is put under her nose.

Anna claims her entire career is due to the love, support, prereading, and creative ass kicking provided by her best friend Jennifer. Jennifer refuses to accept responsibility for anything Anna has written.