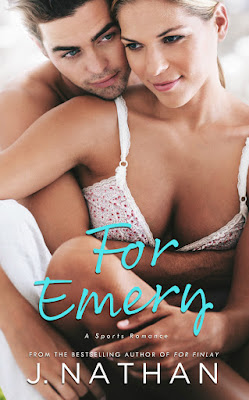 About For Emery
Emery
I’ve loved Jordan Grady since I was eight.
Since he became my protector.
Since he became my safe haven each night.
But I was younger.
Off limits...
Until high school when he finally kissed me.
And for a few fleeting moments, everything was right in the
world.
Then I was forced to do the hardest thing I’ve ever had to do...
Disappear from his life without a trace.

Grady
I’m Alabama’s star right tackle—and a real prick.
I live my life by a few solid truths.
Life isn’t fair.
Don’t let anyone get too close.
And those who claim to care about you can up and leave.
But you know what they say about things that disappear….
But Emery Pruitt had never been mine.
Even if she had returned after four years.
Older.
Confident.
And more beautiful than the night she vanished.
But it didn’t erase the fact that she’d left me.
So, why find me now? 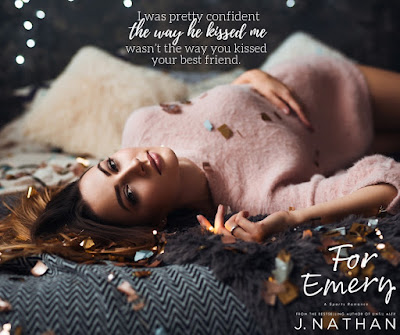 Read my five-plus-starred review of For Emery.

Add For Emery on Goodreads.

Find the For You series on Goodreads. 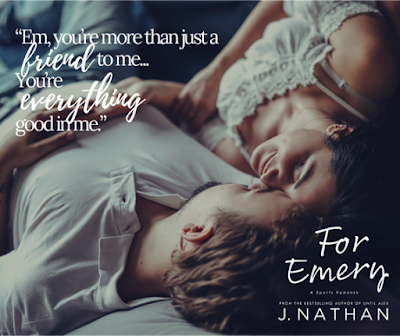 An Excerpt from For Emery
“Have you kissed her yet?”

“Did you use tongue?”

“That’s it.” I tightened my arms around her and rolled onto my back. Her back stayed pressed to my chest while her bare legs flailed above her.

“What are you doing?” she giggled.

“Trying to get you to stop talking.”

She burst into full-blown hysterics which caused me to laugh. We’d done this long enough to know we needed to keep our voices low so my parents couldn’t hear us.

Eventually, our laughter subsided. But I had a good hundred pounds on her, so I knew she couldn’t get loose unless I relented. I did just enough for her to turn, twisting in my arms so she lay on top of me with her face mere inches from mine. This closeness was clearly natural for us. We’d shared a bed for six years.

But gone were the big awed eyes when she looked at me—like I was her very own knight in shining armor. Now her heavy-laden eyes showed want. Her unsteady breaths held need.

“If you don’t want to talk,” she said. “Is there something else you’d rather do?”

My dick sprang to attention, pressing itself between her thighs.

“Why haven’t you ever tried to kiss me?” she asked.

Unable to look her in the eyes, my head dropped to the side. “Emery.”

I huffed, knowing I was in a no-win situation. This was my best friend. This was Emery.

“Well, aren’t you?” she persisted.

I looked back into her blue eyes, the ones I wished didn’t look so damn pretty gazing back at me. “Amazing.” 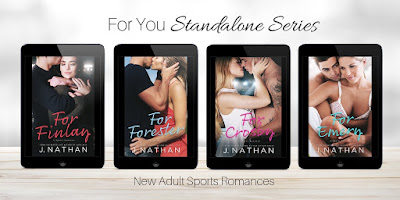 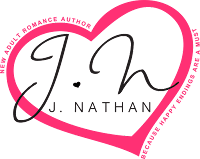 J. Nathan is the author of new adult and sports romances with cocky heroes and sassy heroines. When she's not writing, she's a total romance junkie! Add an alpha male who's unlikable in the beginning...even better.

She loves guys in backward hats, country music, the summertime, and her amazing family and friends. 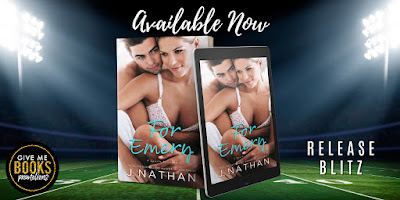