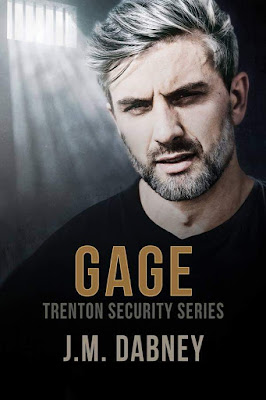 About Gage
The forbidden is the sweetest lure.

Trenton Security’s Public Relations go-to was Hayden Gage. He loved his job, and it kept him distracted from the demons haunting his nightmares. His past wasn’t up for discussion, and Hayden wouldn’t allow it to intrude on his future. Yet, that was easier said than done when his best friend came to him desperate for help, and it put him right on the path to his one weakness.

Derrick Thorpe lived in the shadow of his father’s mistakes. Although he was adopted by Linus Trenton, he wanted to prove that he wasn’t like his biological father. When he was asked to go undercover to help at Trenton Security, it put him in close quarters with Gage. Being Gage’s was only an act, but when lines blur, what happens when the operation ends? 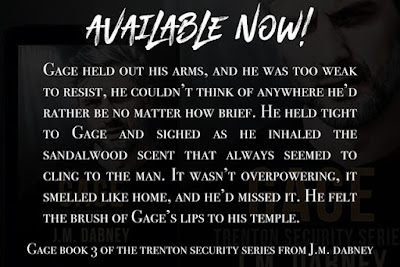 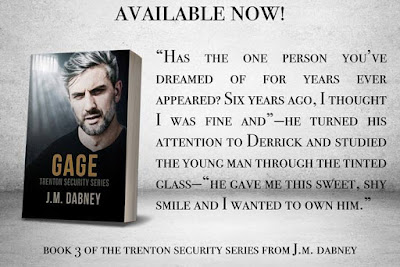 An Excerpt from Gage
Dishes rattled, and the low murmuring of conversations filled the interior as the lunch rush started to slow down at Heidi’s Diner. Typically, Gage ate alone before returning to the office, but today, he hadn’t turned out to be so lucky.

“How about I buy you dinner, Gage,” the confident young man across the table from him asked.

He stared at the boy as if he'd lost his mind. He slowly closed his laptop and calmly leaned back in the booth. The first time he’d seen Derrick Thorpe the kid was skin and bones, skittish from years of abuse by Derrick’s homophobic and racist father, the former Sheriff of Powers County, Georgia. The last time he’d allowed himself to be in the same space with Derrick, he had graduated from college. His boss, Linus, adopted Derrick and his toddler brother after the death of their father and, well, the mother hadn’t fought Linus when the man demanded she sign over custody.

Today Derrick was a man in his mid-twenties, and even with the pale blond stubble, he was still as pretty as the last time he’d seen him which had occurred Christmas a year ago. He’d made his excuses and went to stay with friends for the holiday. Fighting any of the Crews to get out of a family function always turned into a lost cause, and he’d found it easier to escape.

Gage forced a chuckle and a good-natured smile at the eager boy in front of him, but he felt neither of those actions. Because his greatest hell sat across from him and there was no way he’d ever allow the boy close to him.

“Not going to happen, kid.”

“Why not?” Derrick looked offended.

He wasn’t fucking around with some boy with Daddy issues. No matter how much he wanted to find out what his handprint looked like on the boy’s ass. Derrick wasn’t for him. Age difference aside, with Derrick’s history, he wouldn’t let the young man find out how interested he was.

“Go find someone your own age, Derrick.”

“What’s this got to do with age? I’m an adult, and I think I’m old enough to know what I want.”

He felt the muscles in his jaw clench. He didn’t like telling people no twice. When he made a decision, it was final. This little boy was asking for a spanking. A vision of Derrick over his knee came to mind, and he banished it as quickly as it appeared. This was getting out of hand. That’s why he’d avoided anything that had to do with seeing Derrick.

“And I said it wasn’t happening. I don’t like to repeat myself, Derrick.”

Derrick’s chin lowered to rest on his chest. There was a deep breath, and then Derrick looked up, his dark brown eyes shimmered with indignation. 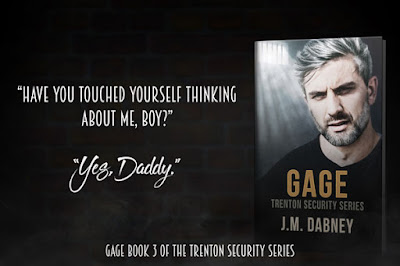 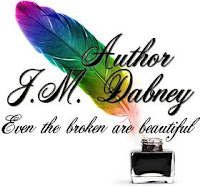 J.M. Dabney is a multi-genre author who writes mainly LGBT romance and fiction. She lives with a constant diverse cast of characters in her head. No matter their size, shape, race, etc. she lives for one purpose alone, and that’s to make sure she does them justice and give them the happily ever after they deserve. J.M. is dysfunction at its finest and she makes sure her characters are a beautiful kaleidoscope of crazy. There is nothing more she wants from telling her stories than to show that no matter the package the characters come in or the damage their pasts have done, that love is love. That normal is never normal and sometimes the so-called broken can still be amazing.