Review: Second to None by K.A. Linde (Coastal Chronicles #3) 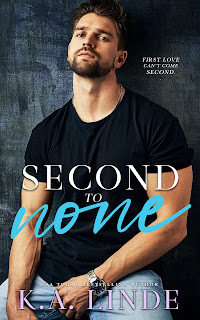 Note: An advance reader copy (ARC) was provided by the author via Wildfire Marketing.
Second to None is the third book in the Coastal Chronicles series from K.A. Linde. I can't really call it a second-chance romance considering the main characters have had several chances in getting things right over the years. So, let's think of this as more of a one-more-chance romance with some grumpy/sunshine feels. While this works well as a standalone, there are bits and pieces mentioned that could prove to be spoilery for anyone who has yet to read the first two books in the series, Hold the Forevers and At First Hate. If you're like me, you may want to read the Coastal Chronicles series in order.
Josephine Reynolds and Maddox Nelson are the main characters in this story. When Josie returns to Savannah, Georgia--a place she visited in the summertime to be with her mother who married someone else after she got pregnant by Josie's father--to work on a film, she's caught by surprise when she sees that Maddox is part of it as well. While she's known for her work in front of the cameras, he's an Oscar-winning animator and visual effects specialist. It's pretty clear that they're still drawn to each other as much as ever, but while Maddox is wary about risking his heart again, Josie hopes for one final chance.
The book is told exclusively from Josie's viewpoint, and it includes numerous flashbacks, which help provide some much needed back story with regards to the history between Josie and Maddox. While there was a heck of a lot of angst and drama when it came to their past, the present showcases more mature versions of these two main characters. They were meant to be, but they both needed to want to take step towards rekindling their relationship. Admittedly, though, it was Josie's mom, Rebecca, who stole the show for me. Her story provided extra oomph, nudging Second to None up to a 4.5-starred read.
-------------------------
Read my reviews for the Coastal Chronicles series: