August 21, 2022
Small Town, Big Magic
(Witchlore #1)
by Hazel Beck
Release Date: August 23, 2022
Graydon House
About Small Tow, Big Magic
For fans of The Hex Ex and Payback's a Witch comes a fun, witchy rom-com in which a bookstore owner who is fighting to revitalize a small midwestern town clashes with her rival, the mayor, and uncovers not only a clandestine group that wields a dark magic to control the idyllic river hamlet, but hidden powers she never knew she possessed.
There’s no such thing as witches…right?
Emerson Wilde has built the life of her dreams. Youngest Chamber of Commerce president in St. Cyprian history, successful indie bookstore owner, and lucky enough to have her best friends as found family? Done.
But when Emerson is attacked by creatures that shouldn’t be real, and kills them with what can only be called magic, Emerson finds that the past decade of her life has been…a lie. St. Cyprian isn't your average Midwestern river town—it’s a haven for witches. When Emerson failed a power test years ago, she was stripped of her magical memories. Turns out, Emerson’s friends are all witches.
And so is she.
That's not all, though: evil is lurking in the charming streets of St. Cyprian. Emerson will need to learn to control what’s inside of her, remember her magic, and deal with old, complicated feelings for her childhood friend—cranky-yet-gorgeous local farmer Jacob North—to defeat an enemy that hides in the rivers and shadows of everything she loves.
Even before she had magic, Emerson would have done anything for St. Cyprian, but now she’ll have to risk not just her livelihood…but her life. 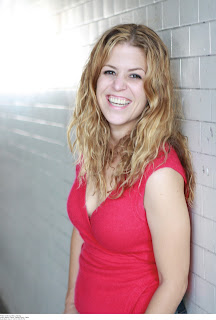 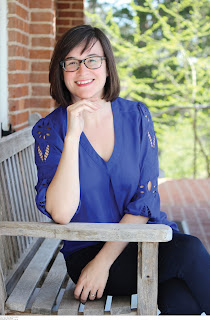 Hazel Beck is the magical partnership of a river witch and an earth witch. Together, they have collected two husbands, three familiars, two children, five degrees, and written around 200 books. As one, their books will delight with breathtaking magic, emotional romance, and stories of witches you won't soon forget.
Connect with Hazel
Website | Facebook | Instagram | Goodreads