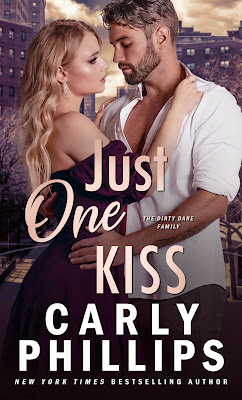 Just One Kiss
(Dirty Dares #2)
by Carly Phillips
Release Date: August 16, 2022
About Just One Kiss
It was supposed to be one fun night of hot sex.
It turned into a second. Then a third.
Now Mother Nature is having the last word—with a secret baby surprise!
Jade Dare has done everything in her power to overcome her mother’s unstable influence. Changed her name. Became a success. Vowed never to risk passing on the potential for inherited pain. What has it gotten her? One fiancé who wanted her for money. A second who cheated on her with his brother’s wife.
Now she's sworn off men. Or at least off serious relationships. But when the chance to indulge in a one night stand with a man she’s secretly fantasized about arrives, she jumps in. Only to land heart-first into a case of the feels she can’t bring herself to trust.
Knox Sinclair always suspected he liked his brother’s fiancé a little too much, that’s why he kept his hands to himself. But with ties broken and Jade all too willing, a no-strings-attached night sounds like a damned good idea.
Except one night isn’t nearly enough. But while Knox is busy convincing Jade they have a chance at forever, the past is planning one last parting shot. 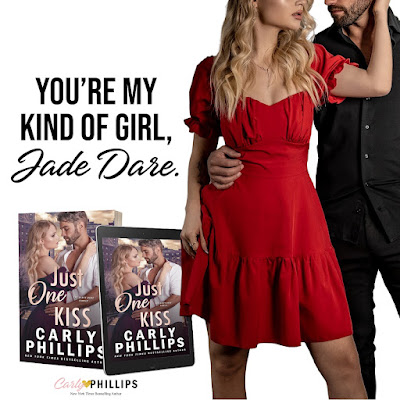 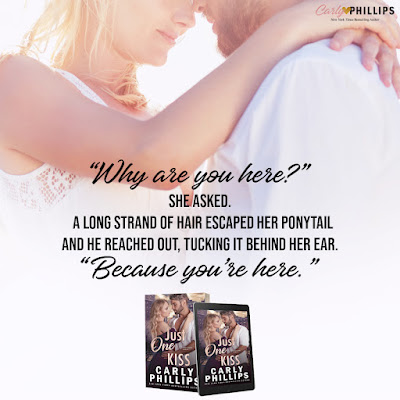 New York Times, Wall Street Journal, and USA Today bestseller Carly Phillips gives her readers Alphalicious heroes to swoon for and romance to set your heart on fire. She married her college sweetheart and lives in Purchase, NY along with her three crazy dogs: two wheaten terriers and a mutant Havanese, who are featured on her Facebook and Instagram.
The author of 50 romance novels, she has raised two incredible daughters who put up with having a mom as a full time writer. Carly’s book, The Bachelor, was chosen by Kelly Ripa as a romance club pick and was the first romance on a nationally televised bookclub. Carly loves social media and interacting with her readers.
Want to keep up with Carly? Sign up for her newsletter and receive TWO FREE books at www.carlyphillips.com.
Connect with Carly
Website | Facebook | Twitter | Instagram | Goodreads | BookBub | Newsletter 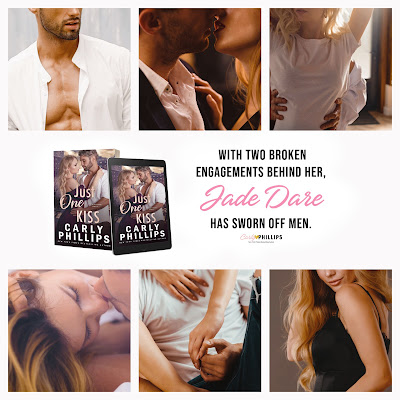