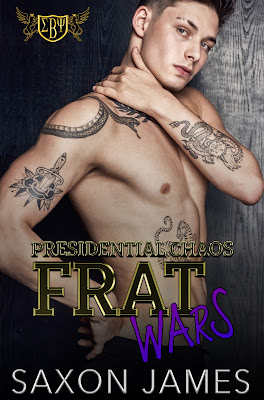 Frat Wars: Presidential Chaos
(Frat Wars #3)
by Saxon James
Release Date: August 3, 2022
About Frat Wars: Presidential Chaos
Zeke
Being President of a frat house means everything is on my shoulders.
Idiot brothers, epic pranks, a list of organizational duties long enough to make my eyes bleed.
None of it fazes me.
But senior year is almost over, and I’m ready to take a step back.
Until the hazing rumors start.
I might not know where they’re coming from, but I know they’re total BS.
Now, instead of dialing back the stress, we’ve broken the number one rule on the row: Don’t get the dean’s attention.
I need to find out who’s driving the lies.
And all evidence points to one person.
Charles
I never wanted to become Kappa President.
The appointment was made easier, though, when none other than Zeke Ariston took over Sigma house. I’ve always been … drawn to him. Fascinated.
And maybe a little attracted too.
Pity I’ve never been more than an afterthought to him.
But when rumors start to circulate about hazing, and the sources lead back to my house, it puts me square on Zeke’s radar.
I want to help him get to the bottom of it all.
And with his attention finally on me, I want to tell him how I feel. 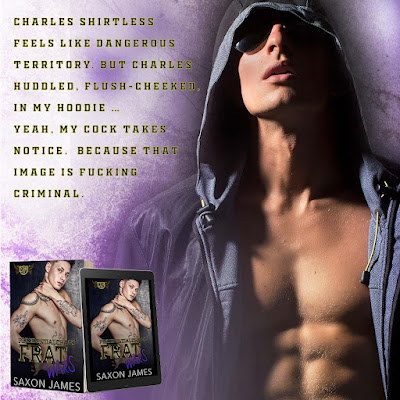 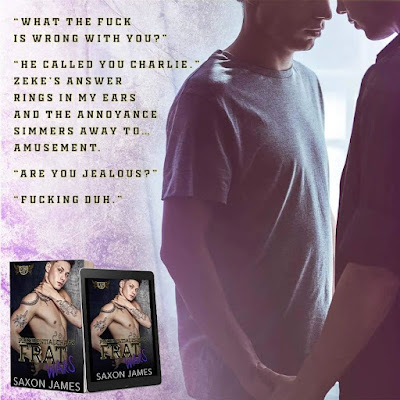 Saxon James is an author from Australia who’s obsessed with writing queer characters. She has a range of books from YA to adult and they all have one thing in common: swoony, sweet love.
When not writing, Saxon exists on a diet of coffee and chocolate while putting her KU subscription to the test.
Connect with Saxon
Website | Facebook | Facebook Group | Instagram | Goodreads | BookBub | Amazon | Newsletter 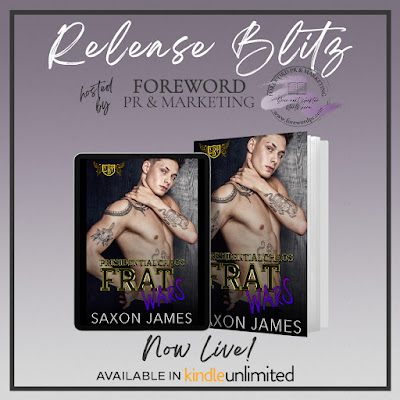