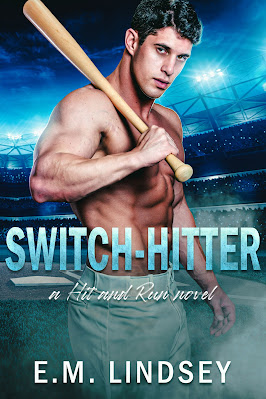 Switch-Hitter
(Hit and Run #1)
by E.M. Lindsey
Release Date: March 16, 2022
About Switch-Hitter
Get a personal chef, they said. It'll be fun, they said.
And then Thierry shows up and Pietro realizes his mistake. Because he knows Thierry. A little too well.
Thierry is the man who told his ex to leave him.
Thierry is the man who punched Pietro and ran.
Thierry... is his ex-boyfriend's best friend.
But Pietro also knows the man needs a job. An injury destroyed his former career and Pietro is nothing if not a bleeding heart. Besides, he doesn't have time to search for a new chef, not with the World Series looming and his team ready to go all the way.
Life gets more complicated, though, when he and Thierry cross a line one night after a lot of wine and several bad jokes. And while hooking up is one thing, Pietro knows the last thing in the world he needs is for his heart to get involved.
Too bad it tends to make decisions without him.
Switch-Hitter is the first book in a fictional MLB series featuring a lonely baseball player with a chip on his shoulder and hope in his heart, a team ready to win no matter what it takes, a grumpy French chef who will defend escargot to the death, and a few bottles of dry red wine leading to the sweetest happily ever after. Each book in the Hit and Run series stands alone, contains no cheating, and has a happily ever after. 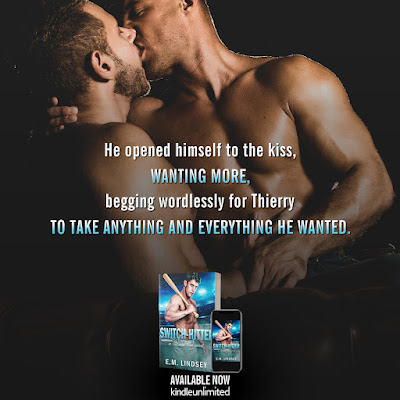 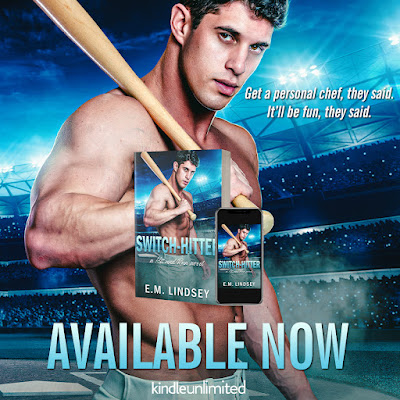 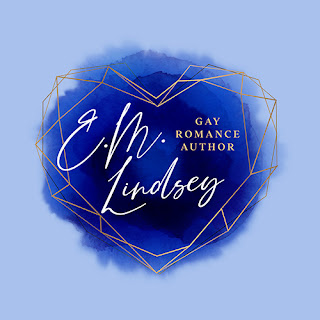 E.M. Lindsey is a non-binary, MM Romance author who lives on the East Coast of the United States. When they're not working, E.M. is spending time on the beach, kayaking, swimming, and playing with their dogs.
Connect with E.M. Lindsey
Website | Facebook | Facebook Group | Instagram | TikTok | Goodreads | BookBub | Amazon | Newsletter