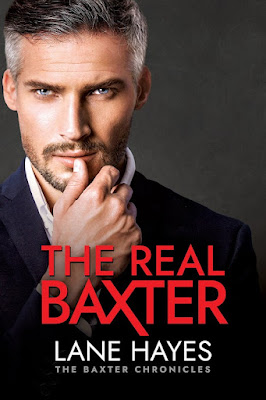 The Real Baxter
(The Baxter Chronicles #1)
by Lane Hayes
Date Released: March 4, 2022
About The Real Baxter
The silver-fox and the faux bodyguard…
Sebastian
Who’s the true hero behind the Hollywood heartthrob, crime-fighting, adventure-seeking international man of mystery? Me. I’m the real Baxter.
Well, I wear the suit and let the action play out onscreen. You want to know the secret of my success? Sell the story you want to tell. Even if you have to bend the truth a little.
Okay…a lot.
Trust me, no one will notice. Except Trent, who seems to notice everything. And for some reason, I like that. I like him. I’m just not sure what to do about it.
Trent
Look, I’m not exactly killing it. I’m a typical struggling actor-slash-waiter, hoping for a break. And boom…in walks Sebastian Rourke. He’s a cutthroat, wickedly charming silver fox, a Hollywood legend in the making. No joke. You’ve got to sell a piece of your soul to get in this man’s orbit. Or fake a British accent, then take a job playing bodyguard to fool the press. As one does.
I know I should take advantage of the very strange situation I find myself in, but I’m not sure I’m cut out for it. However, I’m willing to take a chance, ’cause I want the real Seb.
Even though it might cost me everything.
The Real Baxter is a MM age-gap, bisexual romance featuring the man who has everything and the actor who’s willing to show him what’s real.

An Excerpt from The Real Baxter
“Home sweet home, eh?”
Seb gathered his suit coat and his takeout bag with a strained smile. “Something like that.”
“Hey, for what it’s worth, I didn’t mean to offend you earlier. Under different circumstances, I might go for a guy like you.”
His snort-laugh oozed sarcasm. “Wow, I’m flattered.”
I shrugged, aware that I should probably stop talking. Of course, I couldn’t do it. “You’re real. I get that. It’s just that…observationally speaking, real you and real me don’t mix. We got nothin’ in common.”
Seb unfastened his seat belt and whirled to face me. I couldn’t read him in the shadows. It would have been nice to know if he was amused or irked…or both. “Okay, first of all, ‘observationally speaking’ is a terrible way to begin any sentence and second—and most important, you know nothing about ‘real me.’ ”
I held my hands up in surrender. “You’re right. I had no idea you were the rich, old dude in the ‘Who’s your type?’ scenario.”
“I never said I was, but now that you think I am…you suddenly want to date me, eh?”
“Date you?” I scratched my temple as if mulling over the idea. “No way. But I’d totally do you.”
Seb froze with his hand on the door lever, threw his head back, and guffawed.
He literally had the best laugh I’d ever heard—contagious, hearty, and kind of wicked. It bounced merrily off the old car’s interior, making everything feel shiny and new. Including me. I couldn’t help smiling.
I tried to think of something clever and somewhat humorous to keep his attention for another minute or two, but I got sidetracked, staring at his stubbled jaw, full lips, and the deep crinkles at the corners of his eyes. For a half a beat, I wished he were someone else—less in demand, less wealthy, less connected.
Crazy, I know. This was why I didn’t go for sophisticated types. I didn’t stand a chance with a guy like Seb.
And on that dose of reality…I inclined my head with a meaningful grunt as he composed himself.
“You have no idea how tempting that sounds. Thanks for the ride. Thanks for tonight. It was…exactly what I needed.”
“Happy to be of service.”
He pulled at the handle—once, twice… “The door is stuck.”
“It does that sometimes. You just have to wiggle the handle.”
Seb tried again. “No, it’s definitely stuck.”
I unfastened my seat belt and leaned across him. Bad move. I breathed in the scent of his cologne and felt scorched by his body heat.
And of course, the door didn’t budge. I turned off the engine and held a finger up, signaling a bright idea on the horizon.
“Hang on. We’ll do this the old-fashioned way.” I hopped out of the car and used my key to manually unlock the passenger side door with a flourish. “Ta-da!”
He unfolded his long legs, somehow managing to look like an A-list celebrity sliding from the back seat of a limo at a red-carpet event. He slung his suit coat over the crook of his arm, grabbed his to-go bag, and stepped aside.
“Thank you.”
“I’m the one who should be thanking you. So, thanks for taking me to pick up my wheels, thanks for drinks and the burger, and thanks for not laughing at my impromptu Baxter audition.”
Seb grinned. “You’re welcome. It was…fun.”
I nodded, shoving my hands into my pockets awkwardly before angling my head toward the house. “You really rattle around in that place by yourself?”
“Yeah. My kids are here a lot. I have Oliver tomorrow and…” He squinted as if looking for something or someone in the dark. “I have friends.”
“You do?” I teased.
He made a funny face. “One or two. I think.”
We smiled as if sharing a joke. But the punchline was a silent acknowledgment of temporary camaraderie. We weren’t friends or coworkers. He probably wouldn’t remember my name next week.
However, right this very moment, we had a connection. Maybe it was akin to making friends with your seatmate on a long flight, but it was something.
I held on to it fiercely, marking the ticking seconds to the soundtrack of chirping crickets and the rustle of leaves in the late summer evening breeze. I studied the sharp planes of his cheekbones, softened by the laugh lines at the corners of his eyes. I noted the hint of gray in his close-shaven beard when he licked his bottom lip and—
Oh, fuck.
Yeah, time to go.
“I should, uh…” I hiked my thumb behind me, then rested my hand on the open door. I was about to close it when I spotted his milkshake. “Do you want your shake?”
“Um…” Seb switched the to-go bag to his left hand and stepped toward me. “I think it’s gone.”
I pulled it from the cupholder and turned to find him closer than expected. As in…we stood grungy boot to Italian loafer.
I shook the cup. “Might be a little something in there.”
“No, I’m done. I can throw it away in the house. I don’t want to leave trash in your car.”
I scoffed. “Dude, have you seen my car?”
Seb chuckled…and I joined in.
When his laughter faded, we were back to staring at each other. Only now, it wasn’t awkward. It was…something completely different. A little unsteady and unsure, but somehow promising.
I didn’t move. I didn’t sidle past him with an absent good-bye or a bro high five. I didn’t try to draw him into more conversation. I didn’t want to break the spell…as if I had any power over what was happening.
And something was definitely happening. Maybe because it was so unexpected, it took me a few extra seconds to define it.
Lust. Hunger. Need.
He wanted me. 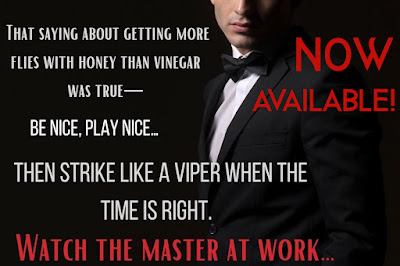 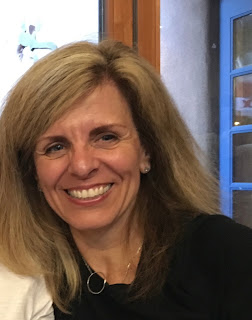