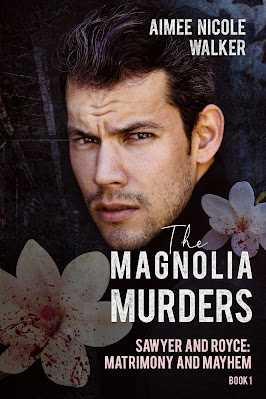 The Magnolia Murders
(Sawyer and Royce: Matrimony and Mayhem #1)
by Aimee Nicole Walker
Date Released: February 14, 2022
About The Magnolia Murders
Everything old is new again in love and murder.
Work together, live together, and play together is the name of the game for Royce Locke and Sawyer Key. But one of those things changes when Chief Mendoza taps Sawyer to lead the newly formed cold case unit. His first task: solve the Magnolia Murders that spanned three decades and suddenly stopped in 2000.
Chaos ensues when a fourth Magnolia Queen contender is murdered during a preliminary round. With the pageant’s one hundredth anniversary looming, the pressure is on to produce results. Royce and Sawyer, along with their new partners, have to team up to solve the Magnolia Murders—old and new.
As the investigation continues, a surprise visitor and an unexpected phone call force the men to face painful things from their pasts. The future Royce and Sawyer dream of is within their grasp, but first, they’ll need to uproot the seeds of discontent they’ve buried deep.
The Magnolia Murders is the first book in the Matrimony and Mayhem trilogy, the second story arc for Royce Locke and Sawyer Key. New readers should start with the Zero Hour trilogy before reading Matrimony and Mayhem.
The Magnolia Murders is a continuation of Royce and Sawyer’s happily ever after as they move into the next phase of their lives—professionally and personally. Though some storylines span the trilogy, this book does not end in a cliffhanger. Heat, humor, heart, and homicide abound. You have been warned. 18+ 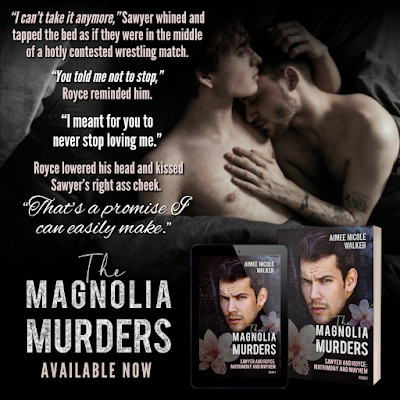 An Excerpt from The Magnolia Murders
Royce straightened and stepped fully into his office, shutting the door behind him. Something devilish and dirty glinted in his eyes, and he crossed the room and planted his fine ass on the corner of Sawyer’s desk. “Hi. Did you miss me?”
“Terribly.” And it was true. He was excited about the prospect of leading the CCU, but he would miss having Royce as his partner.
Royce raked his eyes over Sawyer’s attire before scanning the room. “You’ve been home to change, and you set up your new office? And here I thought you might want my help.”
Sawyer scoffed. “You want to help christen my office, which is hardly the same as unpacking the boxes and organizing my desk.”
“Busted.”
“You’re in luck, though,” Sawyer said. “I haven’t had time to write up the case report for Dingbat.”
Royce wagged his finger and tsked. “Look who’s using childish nicknames now.”
“Oh shit,” Sawyer replied. “You’re rubbing off on me.”
Royce’s grin was dark and delicious. “Every chance I get, baby.” He raked his hot gaze over Sawyer. “You’re wearing the pretentious cashmere thingy for your press conference. Nice.”
Sawyer looked down at the storm-gray sweater vest he wore over a pale gray shirt and his lucky lavender tie. He lifted his head and met Royce’s smiling eyes. “Thanks. My boyfriend bought it for me for Valentine’s Day last year.”
“Nope,” Royce said, shaking his head to emphasize how adamant he was. “I bought it just because.”
Sawyer bit his bottom lip to keep him from laughing, but his restraint lasted only a few seconds. Royce rolled his eyes when Sawyer’s mirth bubbled out of him. Sawyer cleared his throat and wiped his eyes, but Royce’s deep scowl nearly sent him into a second fit.
“Asshole.”
“Dickhead.” Sawyer replied. “Can I just point out that your ‘just because’ gift was given to me after a candlelit dinner on February thirteenth?”
“Why do I suddenly feel like I’m on the witness stand?” Royce asked.
“Answer the question, Sergeant Locke. Do you honestly expect the jury to believe the timing of your gift was a coincidence?”
Royce crossed his arms over his chest. “Objection.”
Sawyer desperately wanted to kiss his pouty lips. “The witness can’t object.”
“I’m also representing myself at the trial.”
“So that makes you the defendant. Interesting. What crimes were you charged with? Eating cheese from a squirty can?”
Royce dropped his arms and leaned forward. “I am accused of killing off any chance another man has with you. No one will ever worship your body and heart the way I do. Now and forever.” His voice was thick and husky, lighting the fuse of lust in Sawyer’s core. “And, yes, counselor, I am guilty. I bought my boyfriend the super soft sweater thingy ‘just because’ it’s the same color as my eyes, and I like to mark him in every way possible. Until today, our relationship had to be a secret at work.” 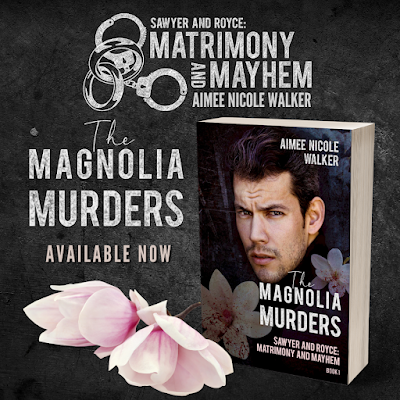 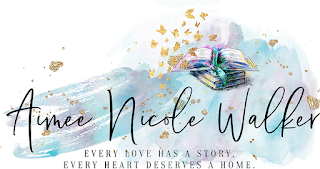 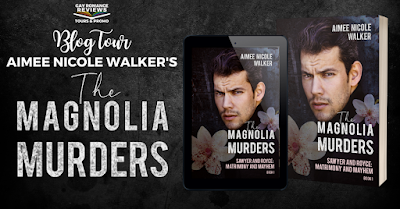