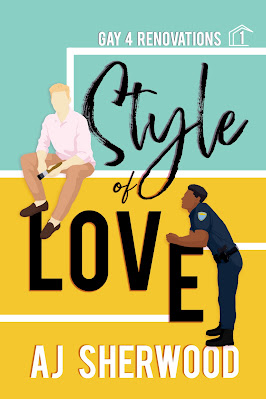 Style of Love
(Gay 4 Renovations #1)
by AJ Sherwood
Release Date: March 4, 2022
About Style of Love
Asher’s dream job: Interior design – check.
His dream boyfriend: Park Bo Gum – not check. Sadly.
Straight as a board, childhood bff Zar: check
Zar becoming his boyfriend: che–wait, what?!
Tags: Oh look a contemporary romance, GFY, best friends to lovers, dumbasses to lovers, not so much slowburn as two idiots standing around on fire, emotional baggage check, HGTV meets BL, family of choice, Asher needs a better family, Zar’s will adopt him, healthy choice making (and some impulsive ones), no angst here only cuddles, best friends giving The Talk, yes that one, Gage hates – coughlovescough – them, tropey tropes a lot, yaoi fangirls as co-workers leads to interesting situations, and sexy photoshoots, best supporting character goes to the dog, small town, Asher and Zar are so obvious there is a bet riding on them, Zar uses handcuffs for not sexy reasons, at least the first time, only one sledgehammer was sacrificed in the making of this book
Trigger warning: Toxic family members 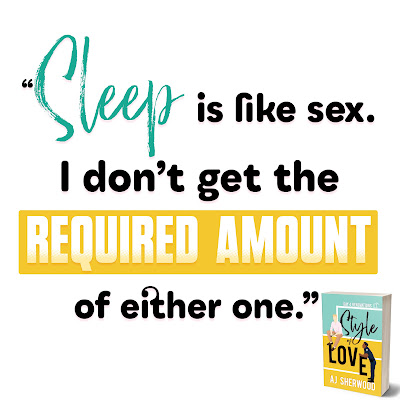 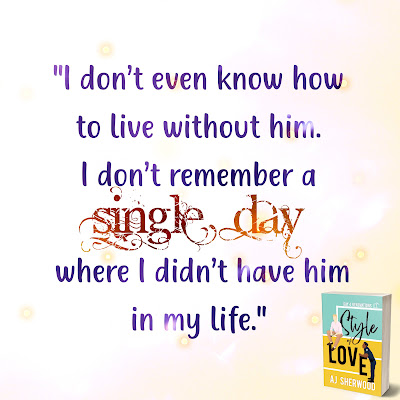 An Excerpt from Style of Love
I called him as I walked—more like stomped—along the sidewalk. As soon as the call connected, I demanded, “Where are you?”
“Leaning against your car.”
I almost stumbled over thin air. Had he seriously circled this entire area until he found my car? At least he realized we had to talk this out, though. It was smart of him to wait. I didn’t want to have this conversation over a phone. “Fine. I’ll be there in five minutes.”
“Okay.”
I vibrated in place, waiting for the walk sign at the crosswalk, then hurried across. I’d parked toward the back of the lot, away from most of the streetlights, so there wasn’t the best illumination back here. Still, enough light to see by, and I could see that Zar was good to his word. He was leaning against my car, legs crossed at the ankles, as if he had all the time in the world. That look was back on his face, too, the one that said he was hiding something from me. His eyes locked on me as I stalked over.
“What the hell was that?” I demanded, coming in close enough to slam my portfolio on the trunk.
“Me checking on you.”
“The hell it was. I realize it looked like a date at first glance, but I have never asked you to pull me out of a date with a man. It’s only when my mother tricks me that I call you in! So, I repeat, what the hell was that? You were acting jealous and possessive, like I was cheating on you. Even Wesley picked up on it, and he doesn’t know you at all.”
Zar stopped leaning against the car, turning to face me dead-on. “Maybe I was. Maybe I was feeling jealous and possessive.”
I had no words for a second. What the hell? Since when did my straight best friend care if I was on a date with a man?
“Zar, I’m seriously lost here. What? What are you even thinking?”
“I think I’ve been fucking blind. I think I’ve ignored or found reasons for things that I shouldn’t have.”
“If you’re trying to be cryptic, congrats, you’ve succeeded. Now start making sense.”
“I’m attracted to you, Ash.”
I stared at him, waiting for the words to make sense. They didn’t. I had literally been naked in front of this man several times and he’d never batted an eye, and now suddenly things had changed? The fuck?
“You don’t believe me,” Zar said with resignation.
“Uh…no?” I kept staring at him, not sure where this was coming from. Or how I felt about this sudden declaration out of the blue. “No, I don’t. When the hell did you decide this?”
“Saturday made it clear to me.”
“Okay, no, Saturday was just us playing at being lovers—”
“Yeah, and that playing brought feelings out in me I didn’t realize were there. Ash, you have no idea how many times I almost kissed you.”
Ever get so startled you feel unbalanced, enough that you almost fall even though you’re standing still? Yeah. Me in that moment. “I’m sorry, what?!”
“Surprised the hell out of me too. I’ve thought about it, slept on it…hasn’t changed the realization any. I want you, Asher.” 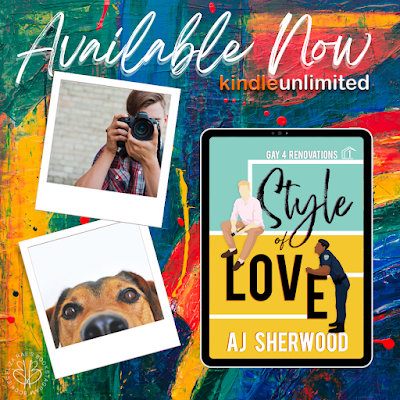 About AJ Sherwood
AJ Sherwood believes in happily ever afters, magic, dragons, good men, and dark chocolate. She’s often dreams at night of delectable men doing sexy things with each other. In between writing multiple books (often at the same time) she pets her cats, plays with her dogs, and attempts insane things like aerial yoga.
She currently resides in Michigan with aforementioned cats and dogs.
Connect with AJ Sherwood
Website | Facebook | Facebook Group | Twitter | Instagram | TikTok | Goodreads 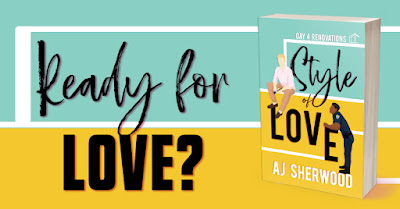