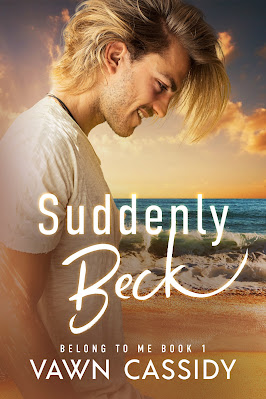 Suddenly Beck
(Belong to Me #1)
by Vawn Cassidy
Date Released: July 23, 2021
About Suddenly Beck
A surprisingly sweet, sinfully sexy, and deliciously funny romp along the Cornish coast.
Nathan Elliott has run away from home at the age of twenty-six. His teenage rebellion may have come ten years late, but better late than never. Leaving behind a world of wealth and privilege, and a strict patriarchal family that would never except a gay son, he’s ready to embrace life and make up for lost time, but nothing’s ever that simple. A coin toss, a delayed train, and a wrong bus later, and Nat finds himself in a small bay in Cornwall being hauled out of the ocean by a gorgeous stranger and wondering how the hell his life got so off track.
Beck Ainsley lives life by a very simple ethos, don’t get attached, don’t get involved and don’t fall in love. He’s been there, done that and got the t-shirt that reads I’m a gullible idiot. Now, he keeps his life simple; all he needs is his dog, his art, his rambling sea cottage overlooking the bay and a few choice waves to surf. He’s not looking for love or commitment, but when he ends up plucking a posh boy from London with incredible blue eyes from the ocean, Cupid doesn’t just shoot him with an arrow, he clubs him senseless with the bow too.
One simple agreement. A summer fling, a chance to act on the insane attraction between them with no strings attached, and at the end of the summer they walk away.
There’s just one problem, fate is a fickle and capricious creature, and she has no intention of letting them walk away unscathed. They’re about to discover that sometimes the heart wants, what the heart wants…
From author Wendy Saunders writing as Vawn Cassidy comes this hot and sweet, first time, MM romance that will leave you laughing out loud and singed from the heat… 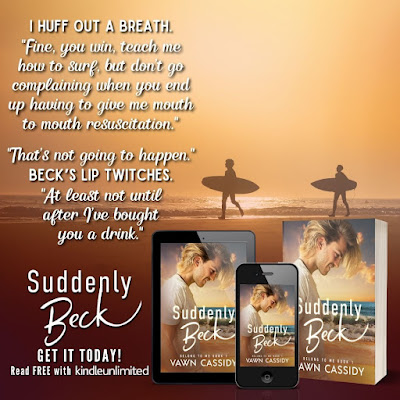 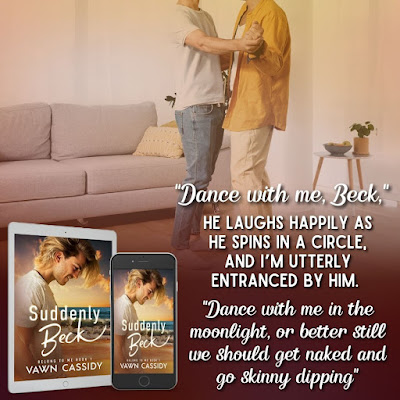 An Excerpt from Suddenly Beck
I knock again, and after a moment the door opens, and I almost swallow my tongue. Nat is standing there in all his warm, sleepy glory. His olive skin flushed, his wild dark curls rioting all over the place and wearing nothing but a very… very thin pair of sleeping shorts. I swallow slowly, my mouth is actually watering, and I almost reach up to see if I’m drooling.
Just friends…. Just friends… I chant silently.
He blinks slowly, as if he isn’t quite awake enough to focus.
‘Beck?’ he murmurs, and his voice, hoarse from sleep, shoots straight to my balls. He blinks again in confusion. ‘Am I having that dream again?’ he wonders aloud. ‘If I am, where’s your moustache, and why aren’t you fixing the plumbing?’
I snort out loud, and it breaks the tension.
His head tilts as he studies me. ‘What are you doing here?’ He glances back into his room, presumably to look at a clock and scowls. ‘At five thirty in the morning?’
‘The break is perfect this morning, so I thought we could catch some waves.’ I smile.
‘At five thirty in the morning?’ he repeats slowly, and I nod. ‘Are you fucking kidding me?’ he says dryly.
‘Nope,’ I pop my lips on the word and grin again.
‘Urgh,’ he grunts in disgust and turns back into the room.
I reach out and slap my hand against the door before it slams in my face and follow him in curiously. He crosses the room and crawls back into bed, flopping down on his stomach like a starfish with his face buried in the pillows and gifting me with a gorgeous view of his round peachy arse.
‘Go away and come back at a more civilized hour,’ he mumbles incoherently into the pillow.
‘Come on, Nat.’ I smile widely as I throw the curtains open and let in the pale rays of dawn.
He grunts again as he grabs a pillow and shoves it over his head.
‘Besides,’ I say brightly. ‘The farmers market is on at the Killacourt, and we need to source some new suppliers for the restaurant.’
‘Then come back and get me in four hours,’ comes the muffled reply from beneath the pillow.
I cross the room slowly, unable to hide how much he delights me, even all sleepy and grumpy. I drop down on my haunches beside the bed.
‘I’ll buy you a coffee,’ I croon in a low teasing voice.
For a moment there’s silence, then the pillow shifts, and his face slowly peeks out, locking those starling baby blues on me, which are framed with sooty black lashes. I’ve never seen him unshaven, but now he has a sexy dark stubble gracing his jaw that I’d love to trace the pads of my fingers over before brushing those soft, bee stung lips.
‘What sort of coffee?’ He pouts in reluctant interest.
‘Only the best for you, Nat.’ I smile slowly. ‘Hand roasted, freshly ground and as dark and bitter as the pits of hell.’ 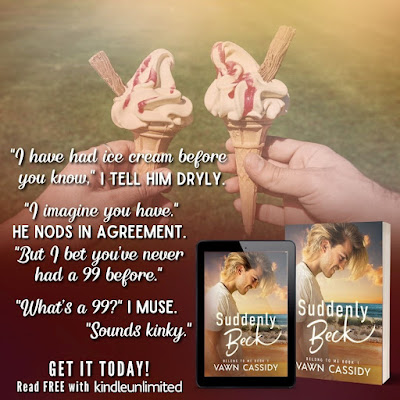 Up Next in the Belong to Me series
Definitely Deacon (book two) - Release Date: March 29, 2022 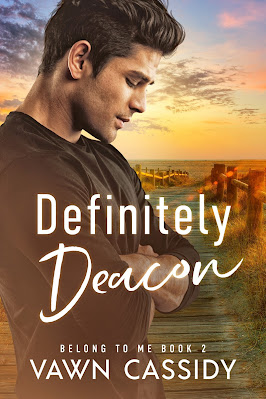 Jesse Ainsley’s life running his busy veterinary practice in the sleepy Cornwall bay he grew up in leaves no time for a serious relationship… at least, that’s what he tells himself, but the simple truth is much more cliché. He’s been in love with his best friend forever, but when he starts pulling away and goes radio silent on him for six months, Jesse begins to wonder if their friendship is finally over.
Deacon James lives his life at two speeds, a hundred miles an hour and stop. He’s spent the last decade travelling the world, winning races, partying with the most beautiful men and women, and living life on his terms, a life which was pretty close to perfect… with just one caveat… he’s never quite been able to get over the boy he left behind. His best friend Jesse has always made him yearn for something he’s too afraid to face and cutting him out of his life seemed like the only answer.
But things are never that simple. When Deacon wakes from an accident in Italy with Jesse asleep in the hospital chair beside him, he discovers Jesse’s been keeping secrets of his own.
At a crossroads in their life, they’re faced with a choice, build something deeper and stronger from the ashes, or let words unsaid and secrets tear them apart forever.
From author Wendy Saunders writing as Vawn Cassidy comes this second chance, friends to lovers, hurt/comfort with a HEA. 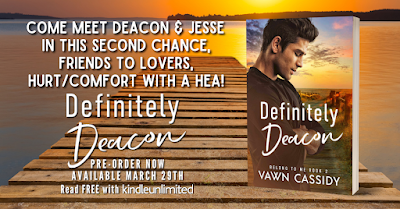 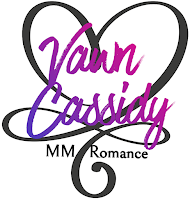 Vawn Cassidy is the MM pen name of author Wendy Saunders. She lives in Hampshire in the UK with her husband and three children. She writes Supernatural and Contemporary Fantasy Fiction as Wendy Saunders and Romantic Suspense as WJ Saunders.
Suddenly Beck is her debut MM novel and was borne of her love and enjoyment of MM Romance. During the lockdown, she wanted to write something fun and light-hearted, and as a quirky and unapologetic Brit herself, she wanted to set a story back home in the UK as opposed to her other fiction which is primarily set in the States.
Connect with Vawn
Website | Facebook | Facebook Group | Instagram | Goodreads | BookBub | Amazon 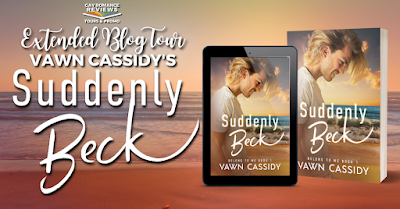