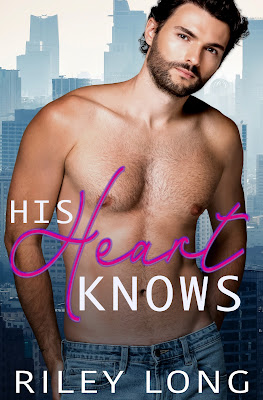 His Heart Knows
by Riley Long
Date Released: March 16, 2022
About His Heart Knows
People fall in love with their best friends all the time. But for me, the circumstances of this unrequited attraction are even more agonizing.
I am gay.
My best friend, Sawyer, is not.
Since we were fifteen, I've harbored this torturous crush. Now, as we both enter our thirties, it seems time to resign myself to the fact that nothing is going to come of it. Ever.
Or so I thought…
One night, a bottle of gin and a little uncharacteristic self-pity were all the inspiration I needed to launch into a ramble about being alone because I’m bad at everything—even kissing. Determined to prove me wrong, Sawyer decided to shut me up with a kiss.
I know he meant for it to be innocent.
Turns out it was anything but.
Sparks flew as we unlocked a side of Sawyer he never knew existed. Now, more than anything, he wants me by his side forever. But this realization comes with its own set of obstacles. Can we learn to lean on each other as we build a future together? Or will the stresses of our day to day lives tear us apart? 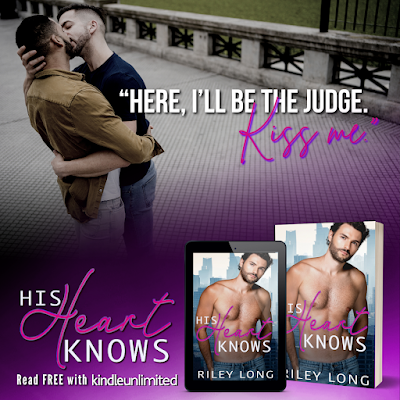 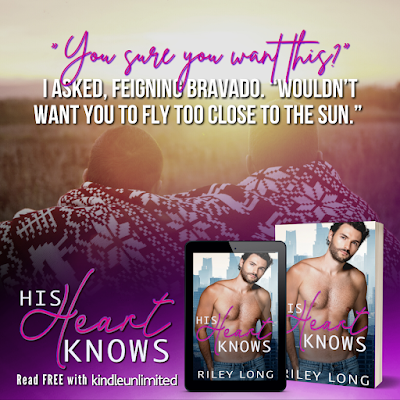 An Excerpt from His Heart Knows
I couldn’t believe he’d given in, but he had, and there we were. I’d spent years teasing him about sex and cracking jokes that made him squirm, but my offers and remarks had never been totally serious—had they? It sure felt serious in that moment. The building could have fallen down around us and I wouldn’t have noticed. All that mattered was Axel.
My breathing tightened as much as my jeans did and it took every ounce of self-control I had not to scramble across the couch and into his lap.
My hand, the one not buried in Axel’s thick brown hair, found its way to his lap and I slid my fingers close to his groin. Heat radiated from his body and I wanted more. I finally reached what I was seeking—the thick bulge of his erection. He inhaled sharply, fingers curling in the hair at the nape of my neck and tugging me closer.
That was all the encouragement I needed. I pushed forward until I was crowding his space, moving purely on animal instinct. I didn’t care that Axel was a man. All I knew was that I wanted him right then. He gave in, pulling me along until we tumbled together onto the couch, me sprawled on top. I moved my hands to his shirt, desperately trying to get to his skin. When I shoved the shirt up, my fingers meeting the tender skin and soft hair of his stomach, Axel shivered. I rocked my hips down against his, practically dry humping him in my excitement.
It was then that he stopped me, one hand on mine, and pulled back. He looked into my eyes, his pupils blown wide, gray irises hardly visible. “You sure about this?” His breathing was heavy and ragged, and under my hip, his erection pressed against me, scorching hot even through layers of cotton and denim.
I wanted to tell him I’d never been more sure about anything in my life. I wanted to tell him if we stopped, I might die. I wanted to tell him I didn’t give a shit about sexuality and labels, that all I wanted was him.
Instead, I just grunted and kissed him again, fucking into his mouth with my tongue. I continued my hands’ journey south, reaching for his belt buckle and unfastening it with desperation. The low, needy groan that came from my best friend’s throat was one I would have paid good money to hear every day for the rest of my life. 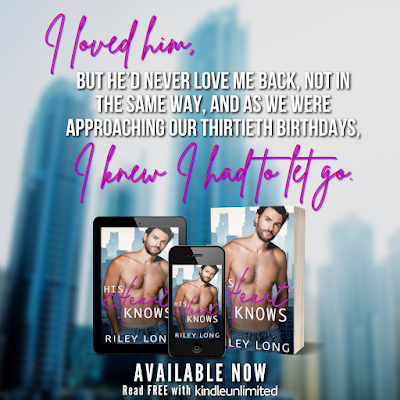 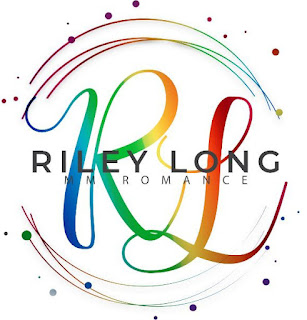 Riley Long is a wife and mother living a quiet life in Virginia, with her husband, son, and one goofy pit bull. She passes her evenings writing, reading, and watching bad television (or not so bad television). For fun, Riley participates in NaNoWriMo, GISH, and reads with her book club, the BAMFs. She likes things with silly acronyms. The craziest thing Riley has ever done involves whipped cream and hugs.
Riley writes sweet and sexy romance, with a special place in her heart for hipsters and musicians.
Connect with Riley
Website | Facebook | Facebook Group | Twitter | Instagram | Pinterest | Goodreads | BookBub | Amazon 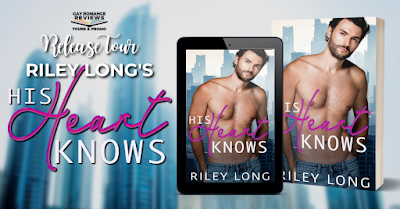