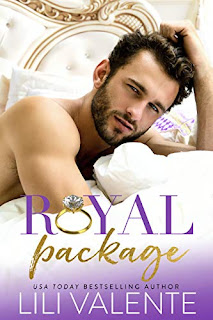 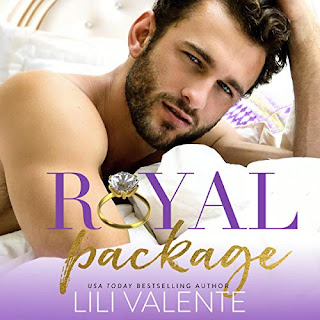 Note: An advanced reader copy (ARC) and the audiobook were provided by the author.

Ooh! A royal romance from Lili Valente?! Yes, please! Okay, for the sake of keeping this review spoiler-free, I'm going to do my best to keep the details to a bare minimum. We have Prince Andrew, aka the Royal Package, and he's about to marry Princess Elizabeth, who, as far as Andrew is concerned, is a royal bore. But agreements were made between both royal families, and this marriage is his grandfather's dying wish. As much as he loved his grandfather, though, Andrew fears that any marriage with Elizabeth will be a disaster given how different their personalities are. What's a cocky royal to do? Well, ensure that it's his bride-to-be who calls off the wedding, of course, and in order to do that, he's going to be as charmless as possible. It'll be difficult for sure, but a prince like him must do whatever is necessary for the sake of his singlehood, erm, kingdom. The he meets Elizabeth once again, and she's nothing like he remembers. What's he to do now that he's, dare he say it, charmed by his fiery, smart, and beautiful princess bride yet she doesn't want to have a single thing to do with him or his royal package?

This was, indeed, the total royal rom-com package! Lili Valente doesn't disappoint, bringing her brand of wit and humor and romance and sex, then adds in a touch of royalty to the mix. Andrew was a hoot. Seriously, the guy probably thought he was God's gift to women everywhere, blue-blooded or not, but then he's also a red-blooded male who just happened to be royal. His wife-to-be was someone he needed, even he was kinda-sorta-maybe-totally opposed to the idea of settling down to an arranged marriage with a girl he considered meek and mousy. Well, wasn't he in for a surprise and a half? Among the three sisters, Elizabeth was the oldest, so her being chosen as Andrew's bride was a given, and she accepted her fate because it was what was expected of her. Sabrina, the middle sister, didn't think too highly of Andrew, and goodness, but she was a great female character--independent and sassy. I was excited at the beginning of the book, and by the end, I was thoroughly satisfied. Valente's writing and her narration alongside Shane East, who was amazing as always, earn royal kudos. Five stars for Royal Package. ♥