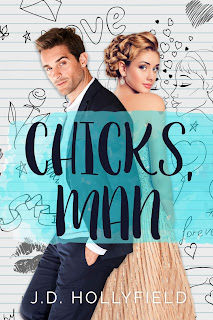 Hannah Matthews was the girl no one really paid attention to, and for all her life, she was relegated to being no one more than the little sister of Kipley Matthews. She was used to others not giving much of a thought when it came to her, leading her to fade into the background. But now, she's been noticed by one of her brother's best friends--Levi Dent. She's had a crush on him for what feels like forever, but she's always known that Levi would never look her way. But during Kip's wedding, where both she and Levi are part of the wedding party, Hannah seizes upon an opportunity to find out what it's like to be with guy of her dreams. She knew this would be a one-time thing and she was going to make the most of it. She knows tricking him into sleeping with her wasn't the best of ideas, but then she certainly never thought she'd have to come face to face with him again, and especially not in such close quarters. Levi knows what it's like to be deceived, and avoiding any contact with Hannah is the best way to handle their new situation, but that's far easier said than done, especially when he can't stop thinking about her.

At first glance, both in terms of the cover and the blurb, J.D. Hollyfield's Chicks, Man looked every bit a romantic comedy, and there are, indeed, some humorous moments in the story, but this had a far more angsty feel to it than I'd expected. Not that I'm complaining because, hello, angst addict here, and Hollyfield did balance both the lighthearted elements and the the more heartrending stuff. I've enjoyed reading Hollyfield's writing in the past--both as a solo author and through her co-written novels with K. Webster--so I already know how good of an author she is, and she definitely didn't disappoint with this new book of hers, which I hope is just the first in a new series because the supporting cast of characters--namely, Kipley and Stacey Matthews (Do they have a book already?!), Benjamin Miller, and Chase Steinberg--she's come up with is begging to be explored further. With the chemistry Hollyfield stirred up between Levi Dent and Hannah Matthews and a really engaging story that was much more than I was hoping for, Chicks, Man is one of those books that reminds me why I so love reading romance. 4.5 stars. ♥