Release Blitz: The Life We Have by Kelsey Kingsley 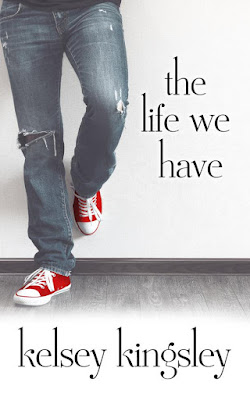 The Life We Have
by Kelsey Kingsley
Date Released: April 10, 2020

About The Life We Have
After the untimely death of his single mother, Greyson found himself orphaned at fifteen. That is, until the discovery of his father, Sebastian—a world-renowned drummer in a famous rock band.

Overnight, Greyson's world had been turned upside down, taking him from rags to riches. And now, six years later, Greyson's only goal is to follow in his dad's footsteps.

Except, while his father is a reformed ladies' man, Greyson is gay. And that's a secret he's not ready to let go of.

But he never planned on meeting Zach.

How can he keep the man he loves without disappointing the man he admires? 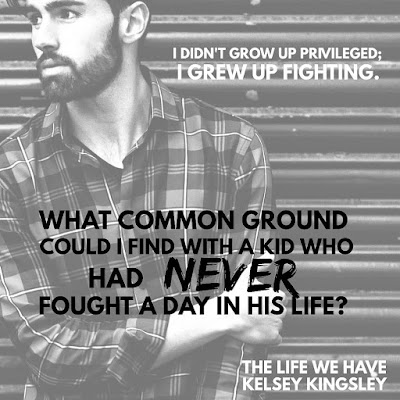 Read my five-plus-starred review of The Life We Have.

Add The Life We Have on Goodreads. 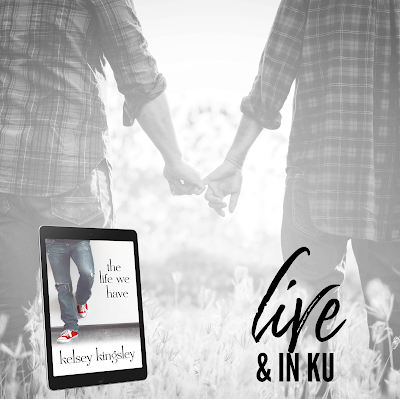 An Excerpt from The Life We Have
“Ready?”

We walked together to the door, where he lifted his hand to undo the locks, but hesitated. I looked at his fingers, hovering frozen in the air, while visions of that dream floated through my head. I remembered the phantom feel of his hands in my hair, on my face, and my cheeks heated and my mouth dried while that idiot in my pants believed this was all a possibility. I scolded myself, giving my head the faintest of shakes, because there was nothing possible about it. And he proved as much when his hand finally touched the first of three locks, and I wilted with pathetic disappointment.

I told myself to face the reality that he wasn’t into me. Not like that. I told myself, as he undid the first lock and then the second, that it was fine, that it was okay to just be friends. There’d be other guys, and maybe he was just meant to be my first. First real-world crush, first awkward kiss with a guy, first person outside of my family to look out for me. And just as I sighed, just as I convinced myself I was cool with all of it, Zach touched the third lock, cursed under his breath, and spun around so fast, he nearly knocked me off my feet.

And maybe he would’ve, if he hadn’t grabbed either side of my face with those big hands and held me while pressing his lips to mine in such a way, I thought it’d be impossible to ever breathe again. But I did. I inhaled sharply through my nose, seeking his hair with my greedy fingers. Pulling and tugging with approval as he coaxed my mouth open with a gentle sweep of his tongue. 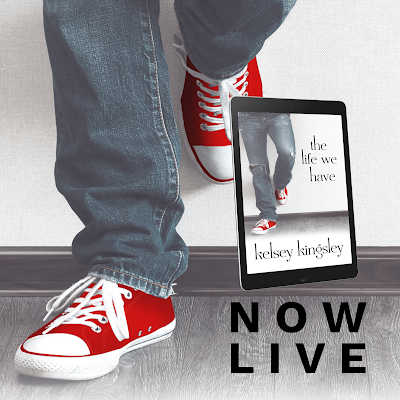 About Kelsey Kingsley
Kelsey Kingsley is the author of ten novels. She lives in New York with her family and a cat named Ethel. She loves tattoos, music, makeup, and Frasier reruns. Kelsey is a Slytherin. She curses a lot, and she fucking hates cheese.