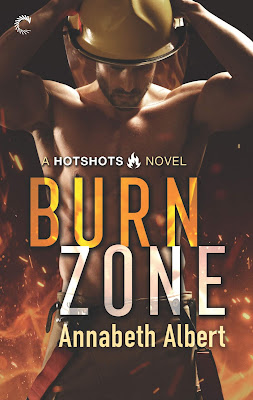 About Burn Zone
Introducing Annabeth Albert’s Hotshots series—the emotions and intensity of Chicago Fire with the raw, natural elements of Man vs. Wild.

Danger lurks everywhere for Central Oregon’s fire crews, but the biggest risk of all might be losing their hearts…

Smoke jumper Lincoln Reid is speechless to see Jacob Hartman among his squad’s new recruits. Linc had promised his late best friend he’d stay away from his little brother. And yet here Jacob is…and almost instantly, the same temptation Linc has always felt around him is causing way too many problems.

Jacob gets everyone’s concerns, but he’s waited years for his shot at joining the elite smoke jumping team, hoping to honor his brother’s memory. He’s ready to tackle any challenge Linc throws his way, and senses the chemistry between them—chemistry Linc insists on ignoring—is still alive and kicking. This time, Jacob’s determined to get what he wants.

Close quarters and high stakes make it difficult for Linc to keep his resolve, never mind do so while also making sure the rookie’s safe. But the closer they get, the more Linc’s plan to leave at the end of the season risks him breaking another promise: the one his heart wants to make to Jacob.

A Message from Annabeth Albert
I’m so excited to be here today celebrating Burn Zone, my latest release, which launches my new Hotshots series from Carina Press and is available at all your favorite retailers and in print! This has many of my favorite tropes, including older brother’s best friend with a forbidden romance between two smoke jumpers on the same team.

For today’s excerpt, long time readers know I love to bring the heat! And in a fire fighting series, you know the chemistry is going to be sizzling! This is the lead up to the first love scene, and I so enjoyed writing this one and the almost palpable tension as they finally give into all that longing and want. They’re an explosive duo together, one of my very favorite that I’ve had the pleasure of writing! I hope you enjoy them both as much as I do! 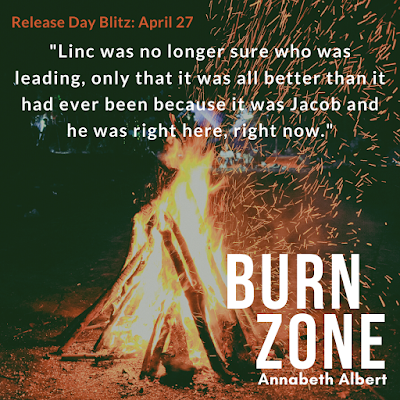 An Excerpt from Burn Zone
Linc had expected the crunch of tires on gravel that evening, but he still couldn’t stop the mix of dread and anticipation and lust at war in his gut as Jacob’s truck pulled into view. He let the dogs out as Jacob parked, making his way to the front porch slowly, trying to tone down his own eagerness. Shadow and Bandit could handle the foolish devotion for him. They both danced around Jacob, mesmerized as usual.

“Who’s a good dog? Is it you?” Jacob dispersed lavish amounts of praise and pats on the way to the house, coming to stand in front of him. Like Linc, he’d showered since work, arriving with unstyled damp hair and a fresh blue hoodie that advertised one of the local ski resorts. His smile, however, was far less cocky than Linc had expected. He’d won. He should be strutting.

And Linc wasn’t even sure what part of the week had made him give in to Jacob’s crazy idea. Jacob’s increased competence, taking on new tasks and skills with an ease that settled some of Linc’s nerves about his ability to do the work, was strangely appealing. Working alongside him did something for Linc’s soul that he’d never really been able to explain, but it was deeper than lust, more than the physical appeal of watching his muscles flex. It was the appreciation and joy with which Jacob approached every task. With each jump, his enthusiasm was infectious, making Linc see the mundane with fresh eyes. And perversely, there was also the way he’d been nothing other than professional all week. Distant even. Making Linc crave his usual flirty closeness and making him more restless with each passing day even as he respected the hell out of Jacob not continuing to push.

Finally, there had been this moment out there today when Jacob had looked like an angel disguised as a lumberjack, an almost reverent expression on his face as he’d taken in his surroundings. Maybe that was the moment Linc had known. He wasn’t ever getting over this through sheer force of will. There was want, which he had denied years now, and then there was need, this new level of attraction bolstered by the knowledge of what Jacob smelled and tasted like. Need didn’t listen to reason, cared not about well-thought-out rationale, and need continued to grow, wild and frantic. It was all kinds of ridiculous, giving Jacob’s plan a try, but he was simply that desperate.

“You’re not sending me away. Not this time.” Jacob sized him up, determined eyes, stubborn tilt to his chin.

“Good.” One step. Two. Three, and they were face-to-face on the porch. Long inhale as their eyes met. Held. They’d kissed in grief, and they’d kissed in frustration, but Linc still hadn’t kissed him deliberately, in full control of his judgment and knowing exactly what was likely to happen the moment Jacob crossed the threshold to the house. The moment dragged on, charged, neither of them backing down, but no one taking that last step.

“You should come in.” Linc swallowed hard. If Jacob was waiting for some sort of signal, that might be the best Linc had in him, suddenly as unsure as a teenager. But maybe that invitation was all he needed to do, because Jacob grabbed his wrist, tugging him into the house, dogs rushing ahead of them. He swiveled to get the door, and when he turned back, Jacob was on him, pressing him into the wall. He might be younger, but there wasn’t a damn thing timid about him, and hell if that didn’t rev Linc even further.

Stretching, Jacob claimed his mouth with more of that intoxicating aggression. His lips were warm and soft and everything Linc had tried so hard not to remember. But his body did, each note of his taste and scent a familiar melody until he was welcoming Jacob like a long-lost lover with a groan. He let Jacob have his fun, plundering Linc’s mouth with an eager, needy tongue, until the last shred of his control snapped, and he had to take over. Nipping and sucking at Jacob’s lips, he drank in every moan and gasp. Fuck but he loved how Jacob didn’t back down one inch, sucking hard on Linc’s tongue, until Linc was no longer sure who was leading, only that it was all better than it had ever been because it was Jacob and he was right here, right now. 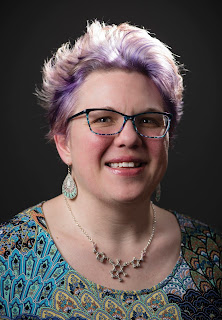 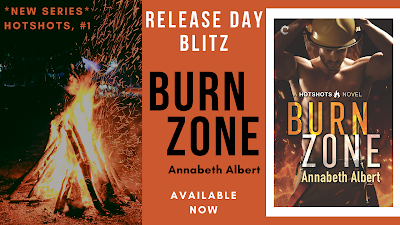