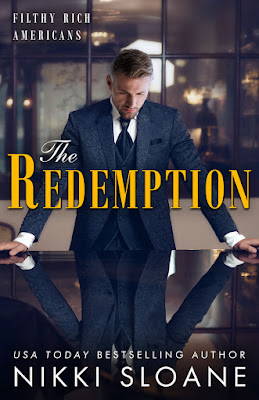 About The Redemption
Once, the name Macalister Hale was uttered in the boardroom with respect. Now, it’s whispered in disgrace at cocktail parties hosted by Boston’s elite.

Scandal nearly destroyed me, but the one thing larger than my infamy is my bank account, and I’ve learned money can solve anything.

This girl charges into my life and claims a partnership can restore my reputation. My downfall was swift, but with her, my climb to redemption will be greater.

Our arrangement is professional. Appropriate. It has to be, because she’s half my age. But it doesn’t stop me from wanting . . .

To move on. To control and indulge in her. To hear the name Macalister Hale echo in her breathy moans.

But I can’t. Giving in to temptation led to my undoing before, and I won’t survive it a second time.

To the rest of the world I’m the villain, but to her? I’ll be the hero.


The Redemption is book four in the Filthy Rich Americans saga and is Macalister Hale's story. 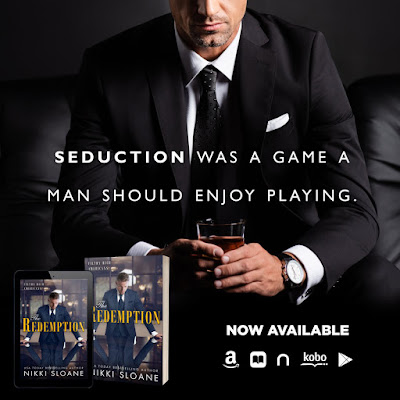 Read my five-plus-starred review of The Redemption.

Add The Redemption on Goodreads. 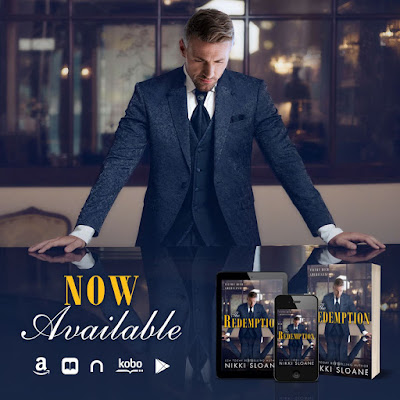 An Excerpt from The Redemption
Macalister’s head turned to the opera’s costume room, wordlessly commanding me to go inside, and I carried out his order immediately. He stepped in after me, pulling the door closed with a soft thud, and the tension between us drew taut.

“How did you know about this place?” I asked.

“The director gave me a tour before I wrote the check.”

We were utterly alone in this room full of costumes. Slips of clothes that allowed people to become a completely different person, and as I stared at him, standing in the shadows between two tall racks, I wanted to be someone else.

I wanted to be the woman he’d fall in love with and break the curse.

In this seclusion, Macalister was safe to look at me however he wanted, and my heart pounded like fists against the side of a cage trying to break free. He was its captor, and he knew it.

He stated it like it was an unarguable law. “I own you.”

It was the truth, but it was hard to surrender. I’d given him everything else. Shouldn’t I hold on to this last thing and use it to bargain for his heart? I dug deep inside myself, gathering all the strength I had not to give in, and lifted my chin in defiance.

I couldn’t say the word, but I hoped my expression told him no.

Rather than look irritated or frustrated, a slow, pleased smile crawled along his lips. I’d challenged him as best I could, and he was excited I’d given him the opportunity to prove me wrong.

It was sexy and terrifying when he charged toward me, and I turned and fled, running as fast as I could in my heels and dress through the maze of towering racks of clothes. It would only be a matter of time before he caught me, and I ran with no intention of escaping, anyway. At the end of the row, I turned blindly to my right and dashed past shelves full of shoes and hats in plastic bins.

At the edge of the room, the wall was lined with cabinets, a seamstress station, and a bare dress form. There was a large mirror, and I caught a glimpse of myself running, my soft pink dress billowing around my legs, and Macalister behind me.

He probably could have caught me sooner, but either he was enjoying the chase too much or was waiting to pounce until he had me exactly where he wanted. He grasped me by the elbow and jerked me to a stop, spinning me around so I crashed into his chest, and I let out a grunt of surprise.

I’d worn my hair up at his request, and so the back of my neck was bare, and his palm slid up to hold me there, steadying me as he dropped his mouth to mine. His untamed kiss brought on delirium. It buzzed through my core, radiating outward.

But he abruptly tore his lips away, like a possessive child throwing a fit and taking their toys back. “Say it.”

Possession was nine tenths of the law, and I felt utterly possessed. “I’m yours.”

His eyes widened. It wasn’t clear exactly how he’d wanted me to say it, if I was supposed to repeat it word for word, but I’d gone with the full truth. 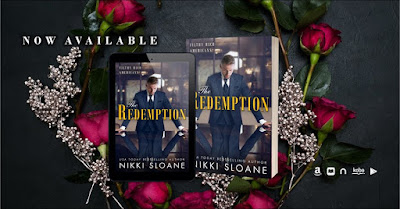