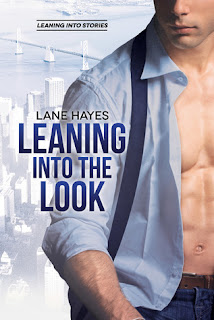 Note: This ARC was provided by the author via Indigo Marketing & Design in exchange for an honest review.

Two books in, and I had a feeling this series was going to end up on my list of all-time favorites, and with every new release Lane Hayes has made in her Leaning Into series, that feeling has not only strengthened, but it's been cemented--fortified, if you will. This series began with an intimate circle of five college best friends--Eric Schuster, Zane Richards, Nick Jorgensen, Josh Sheehan, and Grant Kostas--and while that core group remains as close-knit as ever, it's grown to include their significant others as well as a select few who may have began as employees but have become friends. One of those just happens to be Miles Harrison, who has been a part of the series from the beginning, and was either mentioned or appeared in the first three books. Not only is his Eric's personal secretary but he's also had a thing for Grant for years, something that Grant is totally clueless about. Naturally, these two were perfectly partnered for the sixth and latest book in the series, Leaning Into the Look, and the former model turned real estate mogul that is Grant has met his match in the endearingly adventurous whirlwind that is Miles.

Grant Kostas may have gotten modeling down to a fine art and making real estate deals down to an exact science, but even after thirty-four years, he's yet to get a handle on how to get his parents off his back. His mother thinks he should settle down and start a family, and his father second guesses everything he does with their family-owned business. His sexuality isn't a secret, and yet from the moment he came out to his parents, he's always felt as if it was just one more disappointment to add to his stack. So, he tries to do what's expected of him, to give his family a reason to be proud of him. He even agrees to be set up on a date or two--yes, even if it has to be a man, the least he can be is Greek. But Grant finds himself increasingly smitten with someone else--someone who he's known for years, and more often than not, actively tried to avoid. It's not that thirty-year-old Miles Harrison isn't a great guy. It's just that Miles is...a lot. But after one unexpected encounter and now becoming roommates, Miles's presence has added some much needed color in Grant's life. The question is, will their fear and insecurity wash it all away?

I love that I finally got to know the real Grant Kostas in this book or Gio as he's called by his parents and now by Miles as well. The guy's always been somewhat of an enigma, but he's got one heck of a story to tell, and I'm glad he was able to find his way to a place where he felt loved and accepted for exactly who he is. You wouldn't think that he'd have much in common with someone like Miles. Grant comes off as reserved and quiet while Miles...well...does not. That's the thing though, because these two were able to bring out parts of each other that were risky to put out there, but somehow, that trust and acceptance gave them the courage to do so. They were able to be far more vulnerable in each other's company because the judgment they would expect from others simply didn't exist when it was just them or when they were the people who mattered most. There are a lot of light moments in the book, but there are also some not-too-heavy angsty ones, which made me happy. These two were sweet and sexy, Lane Hayes's writing was superb, and Leaning Into the Look was oh-so-satisfying. Five stars! ♥

Purchase Leaning Into the Look on Amazon.