Release Blitz: Matters of the Hart by M.E. Carter 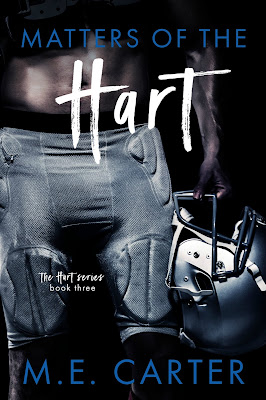 My name is Jaxon Hart.

From the second I laid eyes on Annika Leander, I wanted to help her. Protect her. Vindicate her. But she’s got baggage to get through. Hell, we both do.

A funny thing happens, though, when you finally connect with someone in a different way than you ever have before. The baggage doesn’t seem so heavy.

I suppose that’s really the only thing that matters when the heart gets involved. 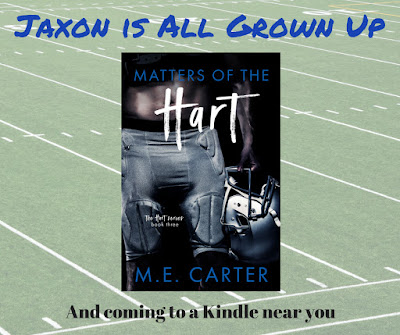 Read my five-plus-starred review of Matters of the Hart.

Add Matters of the Hart on Goodreads.

Find the Hart series on Goodreads. 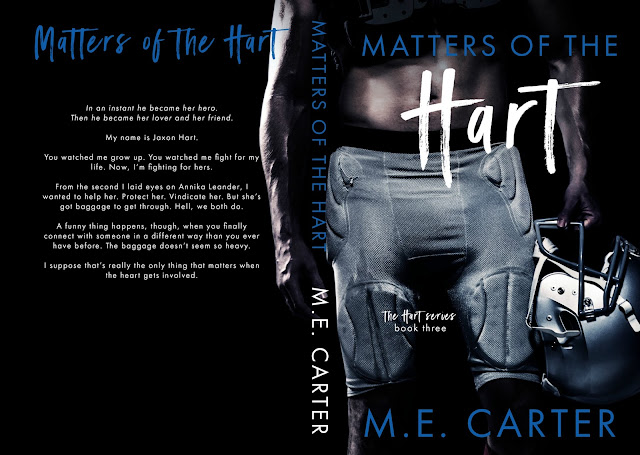 About M.E. Carter
Mother, reader, storyteller—M.E. Carter never set out to write books. But when a friend practically forced a copy of Twilight into her hands, the love of the written word she had lost as a child was rekindled. With a story always rolling around in her head, it should come as no surprise that she finally started putting them on paper. She lives in Texas with her four children, Mary, Elizabeth, Carter, and Bug, who sadly was born long after her pen name was created, and will probably need extensive therapy because of it. 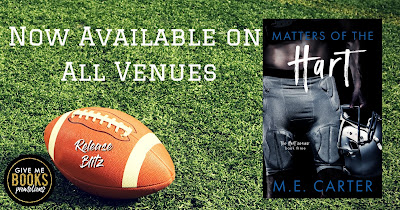