Release Blitz: P.S. I Hate You by Winter Renshaw 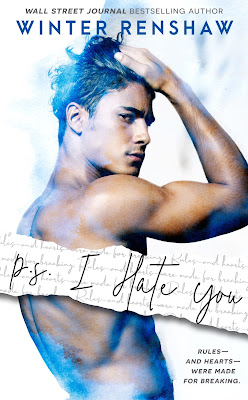 About P.S. I Hate You
Dear Isaiah,

Eight months ago, you were just a soldier about to be deployed and I was just a waitress, sneaking you free pancakes and hoping you wouldn’t notice that my gaze was lingering a little too long.

But you did notice.

We spent a “week of Saturdays” together before you left, and we said goodbye on day eight, exchanging addresses at the last minute.

I saved every letter you ever sent, your words quickly becoming my religion.

But you went radio silent on me months ago, and then you had the audacity to walk into my diner yesterday and act like you’d never seen me in your life.

To think … I almost loved you and your beautifully complicated soul.

Whatever your reason is—I hope it’s a good one. 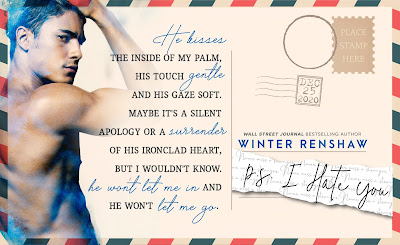 Read my four-starred review of P.S. I Hate You.

Add P.S. I Hate You on Goodreads. 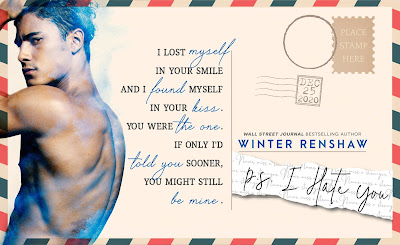 And while I’m the one who made the rules—no romance and only honesty at all times—I’m the one who can’t stop thinking about what would happen if we broke one of them.

Only problem is, I have zero idea if he’s thinking what I’m thinking. He’s so even-keeled and emotionally guarded, but they say actions speak louder than words and the fact that he’s here, spending time with me doing stupid shit has to count for something … right?

“Why are you staring like that?” Isaiah asks when he turns around.

My cheeks warm. I’d been spacing off. “No reason.”

“Bullshit. You can’t lie, remember? Tell me what you were thinking about.” His lips draw into a playful smirk, and I can’t decide if I like his mysterious side or his spirited side best. It’s like trying to choose between white chocolate and milk chocolate, which are both delicious in their own ways.

And I’m serious. He doesn’t want to know that I’m thinking about him in a way that I was determined not to. Besides, he’s leaving in a few days. There’s no point in ruining the rest of our time together by making this situation unnecessarily complicated.

“Try me,” he says, his stare boring into me. Something tells me he’s not going to let this go.

Giving myself a moment, I gather my thoughts and nibble on my lower lip. “I was just thinking about connections.”

“Connections?” His hands rest on his hips, his shoulders parallel with mine. I have his full, undivided attention.

“I was just thinking about how I hardly know you, but I feel connected to you,” I say, cringing on the inside but fully embracing the discomfiture of this conversation.

He says nothing, which doesn’t make this moment any less awkward for the both of us.

“You asked!” I remind him, throwing my hands up.

Another moment passes, the two of us lingering next to some hairy elephant-looking creature with a long-as-hell scientific name as a group of children runs past us.

“Now I want to know what you’re thinking about.” I nudge his arm. “It’s only fair.”

He smirks, then it fades, and he gazes into the distance. It’s like there’s something on the tip of his tongue, but if I push or prod too much, he’ll never share it.

“Nothing, Maritza. I was thinking about nothing.”

I don’t buy it, but I don’t press any further. I want to burn this awkward moment into a pile of ash and move on.

“Are you going to remember me after this week?” I ask after a bout of silence.

His golden irises glint as his eyes narrow in my direction. “What kind of question is that?”

“A legit one,” I say. “Will you remember me? Or am I always just going to be that waitress girl that you hung out with for a week?”

“Don’t think I could forget you if I tried.” He speaks in such a way that I’m not sure if what he’s saying is a good thing or a bad thing. “Can I be honest right now?”

“You must. It’s a requirement.”

Isaiah’s tongue grazes his full lips for a quick second and he holds my gaze for what feels like forever. “I don’t want to make this any more confusing for either of us, but I feel like kissing you right now.”

I fight a smile. I don’t want to smile. I want to scoff at him and tell him to stop being such a hypocrite.

But that’s only half of me.

The other half of me wants him to kiss me, wants his hands in my hair and his taste on my tongue just one more time because we’ll never have this moment again and once it’s gone, it’s gone forever. 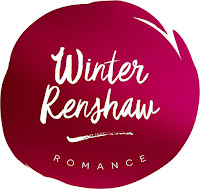 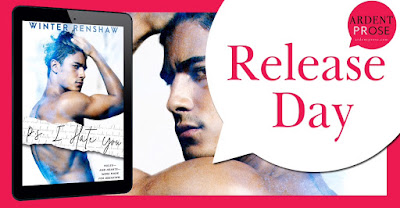